LHC says there is no harm in owning Pakist­ani detain­ees in Bagram.
By Our Correspondent
Published: May 28, 2012
Tweet Email 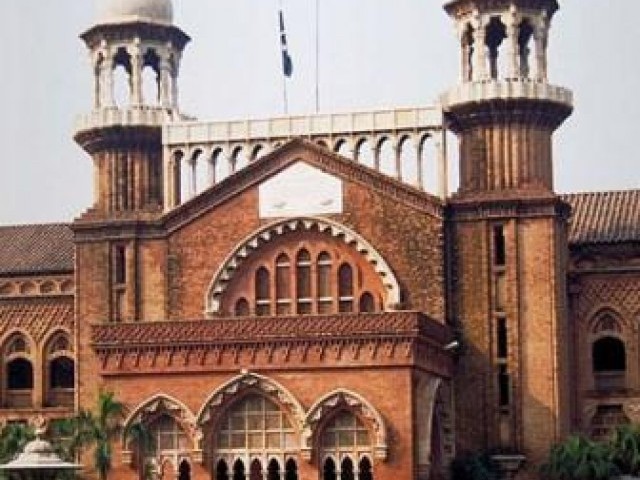 LHC says there is no harm in owning Pakistani detainees in Bagram. PHOTO: EXPRESS/FILE

LAHORE: The Lahore High Court on Monday directed the Ministry of Foreign Affairs (MoFA) to confirm nationalities of all 32 Pakistanis detained at the Bagram prison in Afghanistan by US authorities.

Before Justice Khalid Mahmood Khan of the LHC adjourned further hearings for May 30, he heard a petition filed by the non-profit law firm Justice Project Pakistan seeking directions for repatriation of Pakistanis held at the Bagram prison.

The judge issued the order based on the request made in the petition, saying that there can be no real progress in the repatriation of the 32 Pakistani detainees without owning them as Pakistani citizens first.

As the legal counsel for the ministry expressed reservations in conveying to US authorities about nationality of the detainees, Justice Khan said it was a simple request and it should not be problematic to confirm their nationality.

Barrister Sarah Belal, appearing on behalf of the petitioner Sultana Noon, said that after years of indefinite detention, the very least the Pakistani government could do for these detainees was to recognise them as their own.

At the previous hearing  of the case, Sarah had said that under a new agreement between the American and Afghan governments, the United States had pledged to hand over all detention facilities in Afghanistan to Afghan authorities within six months. She said the agreement made no mention of non-Afghan nationals being held at US detention facilities. Consequently, the future of any Pakistanis at Bagram was “uncertain at best” and “they might well disappear” if no action was taken by the Pakistani government within the next six months, she had warned.

The petitioner had submitted that at least seven Pakistanis had been detained at Bagram jail without any charge or trial since 2003. She said they were abducted from Pakistan and shifted to a US prison in Afghanistan.

Earlier, officials in the Foreign Affairs Ministry had told The Express Tribune on the condition of anonymity that the release of up to 33 Pakistani citizens detained in the Bagram prison was expected, with negotiations having lasted several years already.

Pakistan cannot be a ‘Nuclear’ and beggar state at the same time: Shahbaz