MPAs Saleem Khokha­r. Pitamb­er Sewani said that they were receiv­ing threat­s for raisin­g voice over Rinkle Kumari case.
By PPI / Our Correspondent
Published: May 19, 2012
Tweet Email 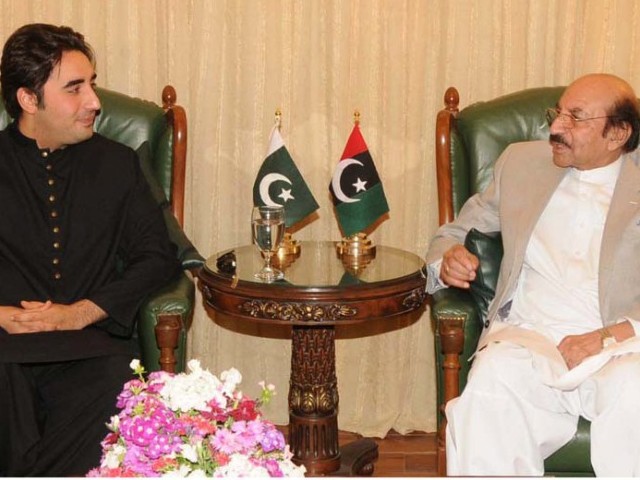 KARACHI: Minorities  members of Sindh Assembly, Saleem Khursheed Khokhar and Pitamber Sewani contacted Pakistan Peoples’ Party (PPP) chairman Bilawal Bhutto Zardari and briefed him about the threats that they had received from some extremist elements.

According to the sources of PPP, Bilawal Bhutto Zardari, taking notice of the threats to PPP MPAs, called Sindh Chief Minister Syed Qaim Ali Shah on Saturday and discussed the matter with him. Following the discussion, the Sindh Chief Minister ordered additional security to be deployed at the residences of the MPAs besides providing them proper police escort for their security.

According to a letter written by Shah to additional secretary of Sindh Home Ministry, directives were issued for a police escort to be assigned to the two MPAs. Security agencies have also been asked to monitor suspicious activities. The two MPAs have also been requested to limit their public movements on security grounds.

The two MPAs had said they were receiving death threats for raising their voice over the forced conversion of Rinkle Kumari, and the alarming trend of forced conversions and forced marriages of girls and women belonging to minority religions.

On Friday, Amnesty International too had called for urgent action to extend protection to the under-threat MPAs.