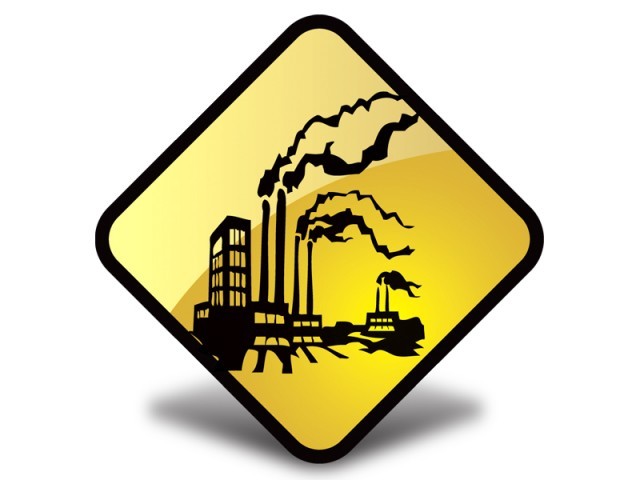 RIVER RUIN: 99% of municipal and industrial wastewater is discharged without treatment.

The government should revive the Provincial Sustainable Development Fund (PSDF) to pay for the mitigation of environmental pollution by industries, a price that could rise to Rs140 billion by 2025, said speakers at a seminar here on Wednesday.

The PSDF was provided for under the Pakistan Environmental Protection Act of 1997, but the government never made it functional, said Azharuddin Khan, CEO of National Engineering Consultants, in his speech at the seminar titled ‘Earth Rights – Educating Industry about Environmental Issues’.

The PSDF was supposed to be funded by fines collected from polluting industries, with a matching contribution from the government. However, the industries were not fined and the fund never got off the ground.

Citing multiple sources, Khan said that Pakistan had needed to spend Rs82.5 billion on industrial environment management between 1997 and 2010, but actually spent only around Rs7.5 billion, leaving a deficit of Rs75 billion. “If we continue polluting our ecosystem at the current rates, this deficit could climb to Rs140 billion by 2025,” he said.

He said the idea of setting up a PSDF should be revived and effectively implemented.

Khan said that industries which discharge high levels of heavy metals in effluent should be charged heavy penalties. He said these heavy metals ended up in the food cycle through groundwater or through irrigation water. “We are cultivating diseases we have no cure for,” he said, adding that 60 per cent of deaths of children under the age of five in Pakistan were due to waterborne diseases.

He estimated that in the 15-20 years since the formation of the Environmental Protection Department, only one per cent of industrial and municipal waste had been treated prior to disposal.

Khan said that industrialists often questioned why they should comply with Environmental Protection Agency (EPA) regulations requiring them to set up individual wastewater treatment plants when the drains and rivers were already polluted.

He said that rather than set standards for acceptable levels of pollutants   as in the National Environment Quality Standards (NEQS) do – the government should set ambient levels for the ecological capacity of the rivers.

He said that there were 36 distinct ecological zones in Pakistan, but “single-faceted regulations” for them. He said different rules should be devised for different areas.

Dr Irfan Ahmad Sheikh, assistant professor for earth and environmental sciences at the Punjab University, talked about a dyeing process he developed for the textile industry which was 60 per cent more energy efficient, used 60 per cent less water, and took a third of the time of the process currently in use.

The current process used about 100 litres of water to dye one kilo of fabric, meaning a million litres for a tonne of fabric. He said that his method was yet to catch on in Pakistan because the machinery was twice as expensive and the cost of water was negligible in the Punjab. The process is being used in seven countries, he said.

He said the textile sector, the largest industry in Pakistan, needed to adopt more energy efficient methods to reduce their impact on the environment.

EPA Secretary Saeed Iqbal Wahla, the chief guest at the seminar organised by the Lahore Chamber of Commerce and Industry, thanked the speakers for their suggestions.

He said it was rightly pointed out that just one per cent of waste water is treated. “Unfortunately it is the same for the treatment of hospital waste, which is also not more than one percent,” he said.

He said that industries and government needed to cooperate to manage the environment. “We cannot put the burden of polluting industrialists on the tax payer. We have to move forward with better strategic planning,” he said.

Shazia Ilyas, a lecturer at the College of Earth and Environmental Sciences at the Punjab University, LCCI Convenor Abrar Ahmed and LCCI President Irfan Qaiser Sheikh also spoke at the event.