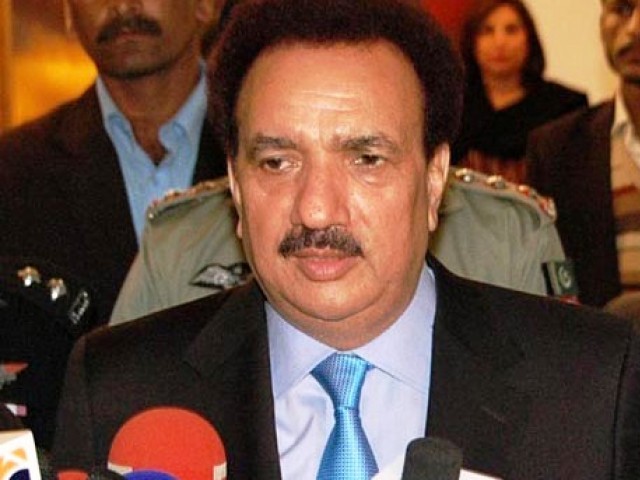 ISLAMABAD: Interior Minister Rehman Malik continued his tirade against the Sharif brothers on Monday, this time lashing out at Chief Minister Shahbaz Sharif for leading protests against loadshedding in Punjab.

Malik, who was speaking to the media in Islamabad, questioned Shahbaz Sharif on which resources he had used to lead the protests in the province, adding that national resources had been used in the demonstration.

Shahbaz Sharif had led protests held in the Chungi Amer Sadu area and had threatened to embark on a long march to Islamabad while expressing solidarity with the peeved citizens.

The interior minister said that the Punjab government had wasted money in the Sasti Roti scheme and claimed that he had received thousands of emails from students who said that there had been discrimination in the distribution of laptops in the province.

He also lashed out against criticism of Prime Minister Yousaf Raza Gilani’s visit to the United Kingdom after the detailed verdict in the contempt case was announced. He said that Gilani had received a warm welcome and the British prime minister had given a statement in Pakistan’s favour, but people in Pakistan were saying that Gilani should not have been received there.

“What kind of patriotism are we showing?”