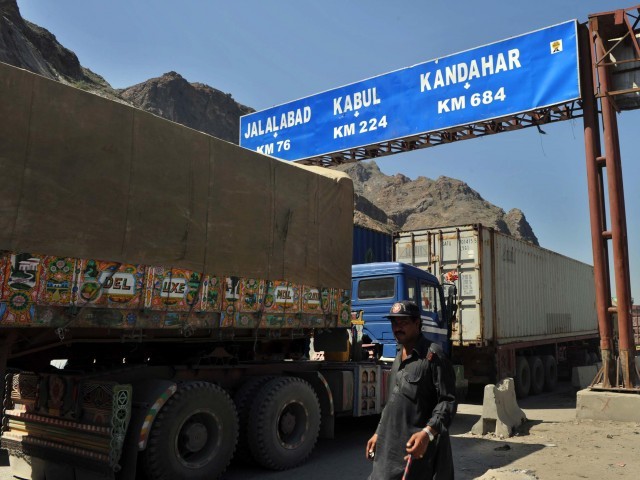 ISLAMABAD: The cabinet will meet next week to discuss ending a nearly six-month blockade on NATO supplies into Afghanistan, officials said Friday.

Tuesday’s meeting will also debate how and whether to repair relations with the United States in time to attend a key NATO summit later this month.

Prime Minister Yousaf Raza Gilani is understood to have confirmed the date for the meeting of the defence committee of the cabinet from London, where he is on an official visit to Britain, the second-largest contributor to the NATO mission in Afghanistan.

Pakistan shut its Afghan border crossings to NATO supplies after US air strikes killed 24 Pakistani soldiers on November 26, provoking a major crisis in Pakistani-US relations still reeling from the raid that killed Osama bin Laden the previous May.

US officials expressed regret, but stopped short of apologising for the deaths that an American and NATO investigation said stemmed from mistakes made on both sides.

“A meeting of the defence committee of the cabinet has been convened on May 15. It will be followed by cabinet meeting on May 16,” said one senior government official.

Diplomats have been keen to resolve the impasse between Islamabad and Washington before the NATO summit on Afghanistan in Chicago on May 21-22, to which Islamabad has been invited.

“The meetings will discuss whether Pakistan should reopen the NATO supply route or not, and if Islamabad should attend the upcoming NATO summit in Chicago,” another official told AFP.

“These are very critical issues, which need a serious discussion,” he added.

Gilani will chair the talks, to be attended by Pakistan’s service chiefs, including head of the army General Ashfaq Kayani and ISI intelligence head, Zaheer ul Islam, as well as Foreign Minister Hina Rabbani Khar, the defence, interior and finance ministers.

“This is an important meeting and it will decide about the future of Pakistan-US relations,” the senior government official told AFP.

Officials declined to say publicly when the NATO supply route could reopen despite local press reports that Pakistan and the United States are on the verge of a breakthrough.

“We are discussing it on a technical level, it is under discussion but let me say again – no final decision has been taken yet,” foreign ministry spokesman Moazzam Ahmad Khan told AFP.

On Saturday, Pakistan hosts the highest-level talks with NATO’s International Security Assistance Force (ISAF) and the Afghan military for a year, a further sign that momentum is building towards easing the deadlock.

US General John Allen, the ISAF commander in Afghanistan and Afghan army chief, General Sher Muhammad Karimi, will attend the talks at army headquarters in Rawalpindi, the military said.

“Talks will focus on enhancing efficiency of border coordination measures along the Pak-Afghan border and to improve multilateral mechanisms at operational and tactical levels,” the military said.

Parliament last month approved new guidelines on relations with the United States, including a call for an end to drone strikes.

Analysts believe Islamabad has no choice but to reopen the border when US back-payments for fighting militants in the northwest, as part of the Coalition Support Fund, are needed to help boost state coffers ahead of the next budget.

Some officials are concerned by reported moves by a US House of Representatives panel to deny $800 million in aid to train and equip the Pakistani army in counter-insurgency.

“Pressure is coming, not only from Britain (given Gilani’s visit to London) but from other key international players in Afghanistan for reopening the route,” political analyst Hasan Askari said.

“I think the government should tell the US that we are conditionally reopening the route but that we will continue talking about other critical issues, such as drone strikes and readjustments (back payments) of the Coalition Support Fund,” Askari told AFP.