Legal and HR issues and liquid­ity crisis are the emergi­ng challe­nges with its growth.
Published: May 16, 2012
Tweet Email 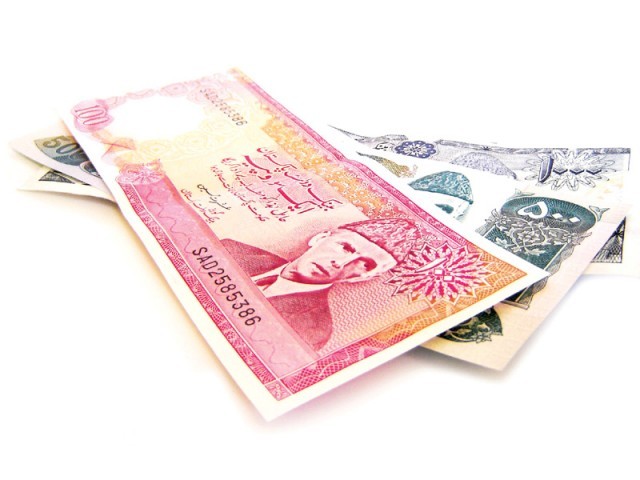 Legal and HR issues and liquidity crisis are the emerging challenges with its growth. PHOTO: FILE

1. How much the concept of Islamic Banking has penetrated in Pakistani society over the   last decade?

Islamic banking is a fast growing industry world over. Worldwide growth rate is more than 15 per cent while it is about 40 per cent in Pakistan. With every passing day, its penetration in every society is increasing, covering more and more areas. The developments during the last ten years in the field have drawn attention of the people on individual level and in business and corporate sectors. But our ratio is low. Therefore, when we show it in figures it is fewer. However, our growth rate is very high. Trends are changing and people are coming to Islamic Banking. People wish to join Islamic banking and they try and if they are satisfied, they decide to adopt it completely. We need to spread awareness. Islamic banks are doing well in this respect, however, this needs continued efforts.

2. You mentioned that the Islamic banking is spreading into more and more areas, then, are there any obstacles which the sector facing in its way?

According to the principle of economics, the expansion invites obstacles. When you introduce a new product in the market, the problems also surface because the product is in the evolutionary phase. So, new problems are emerging as the Islamic banking is expanding. For example, we face an increasing problem of HR with the opening of the new branches. The need of human resources is growing. Actually, the HR is not growing as fast as the new branches are opening. A person cannot become an Islamic banker just by studying a few books. To become an Islamic banker one needs to spend life in the field and gain experience. We do not have enough trained people, although, they are coming from traditional banking but again it is an issue of experience. The major issue faced by the Islamic banking is of insufficient human resources. We need suitable people, and it will take time to the problem to be solved.

The second problem is that with the rapid increase of our deposits and opening of new accounts, we are facing liquidity crisis. People are depositing money, but unfortunately, we have less opportunities of investment due to country situations. We are having difficulty in lending loans, as factories are being closed. Therefore, the problem of surplus liquidity is standing in front and we have fewer opportunities to utilize it. The capital market of Islamic banking has not gained the maturity and stability level that the money market of the conventional banking has gained.

Thirdly, some legal issues are also surfacing. For example, when cases are referred to courts, they dealt with under the same laws that are functional for conventional banking. If the products are Islamic then the laws should be made accordingly. So we are in desperate need of legal framework. In addition to all this, there is an issue of taxation. This does not mean that these problems will last forever. The efforts for solving these problems are started as soon as they come forth. And these efforts are producing results.

3. How many of those who opt for Islamic banking feel satisfied and how many other way round?

People in very large numbers are resorting to Islamic banking. Some of them think that the conventional banking is haram and, therefore, just want to avoid it and get rid of it. They come to Islamic banking and feel satisfied.  Some others have some reservations about the Islamic banking, they come and we satisfy their queries and they accept the system. There are still some people who will not get satisfied at any cost.

I want to say that we cannot blame customers for not getting satisfied. Our banker should be held responsible. There are bankers who simple do not know to satisfy the customers, how to reply to their queries and how to explain Islamic banking. If a banker explains properly, he should be able to satisfy almost everybody. The customers belong to all these three kinds of people; however, we have a general impression that a large number of people is coming towards this system.

4. What is difference between Islamic banking and conventional banking?

There is no basic difference in these two. Only, in Islamic banking we follow Shariah laws while conventional banking does not care for them. Actually, we have removed the element of interest from the banking. We have the same products but the agreements behind them are in compliance with the shariah laws. It is not only the interest, but we have also taken care of other conditions. These are according to the shariah. There is just this difference, rest of the things have resemblance. A good example will help to understand the nature of the difference; a couple living together after nikah is justified and according to shariah while without nikah it is not.

5. Ulema have said that mere opening of an Islamic window in the banks running on interest system is nothing more than a deception. What do you say?

This is a common notion about the “Islamic window” but this is wrong. This is not the case that the same service is being provided by opening up another window in the conventional bank. State Bank had given three options and two of them became very popular. One option was that a new Islamic Bank be set up with all its system separate. The second option was that the conventional bank establishes its separate division. That Islamic banking division will run this bank independently. This was a concept of a bank within a bank. The conventional banks started the Islamic banking under this concept.

6. What is difference between the concept of Islamic banking of UBL Ameen and one window concept?

In 1985, some conventional banks might have done Islamic banking under one window with permission from State bank which means that they did banking in mode of Islamic transaction, however, later that was abolished. Now a completely separate bank has been established with the title UBL Ameen. We have a separate head office. We have separate books. We have told the conventional banks that if our client visits them, our man should deal him. Therefore, this is not window of conventional bank; it is window of UBL Ameen.

7. What were the issues that were in the way of provision of Islamic banking that UBL decided that a separate and dedicated Islamic bank was necessary to be set up?

8. How was the UBL Ameen experience? And what products is it providing to cater the needs of the customers?

Our experiment was successful. And it is expanding fast. Our network is getting large and the number of our books and clients is increasing. UBL is providing the products exactly in accordance with the shariah structures permitted by the State Bank. We have to get permission from the Shariah Board for any new product before introducing it. At present we are providing all the products, for deposits and for financing, that are approved by the State Bank.