Rauf Siddiq­ui sees some danger in delayi­ng procee­dings.
By Our Correspondent
Published: May 3, 2012
Tweet Email 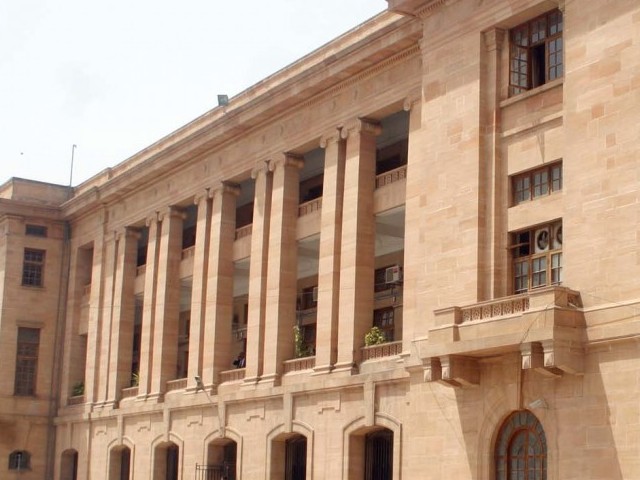 The former home minister Zulfiqar Mirza had questioned the order of a high court bench and its competence to hear the application filed by Rauf Siddiqui for registration of a FIR on charge of blasphemy against him. PHOTO: PPI

KARACHI: Expressing apprehensions of some unforeseen dangers, Sindh Industries Minister Rauf Siddiqui on Wednesday tried to convince the Sindh High Court to hear the application filed by Zulfiqar Mirza and decide it at the earliest.

The former home minister Zulfiqar Mirza had questioned the order of a high court bench and its competence to hear the application filed by Rauf Siddiqui for registration of a FIR on charge of blasphemy against him.

“I am sensing a danger. I have filed the complaint with utmost honesty that blasphemy has been committed. I am saying from day one that ‘let the FIR be registered and then leave it open to the lawyers to either prove him guilty or innocent. But every time when a court or a bench nears a decision, something new and technical crops up,” submitted Rauf Siddiqui, who is a complainant in the case.

The court asked Siddiqui to appreciate that as per norms if a counsel is said to be ill, the case or hearing has to be adjourned.

Earlier, a lawyer appearing for Anwar Mansoor Khan advocate, counsel for Zulfiqar Mirza sought adjournment for three weeks on account of ailment of the counsel.

M. Ilyas Khan, lawyer for Rauf Siddiqui, objected to the adjournment request and said he has no objection if stay is vacated. The stay was granted on the first hearing and since then applicant is avoiding court on different grounds, he said.

The court, however, said that the limited question of jurisdiction of a single bench is before this division bench and merits of the case are not the issue.

With this observation the bench put off further hearing till May 17.

Rauf Siddiqui is seeking registration of an FIR against Zulfiqar Mirza on charge of blasphemy.