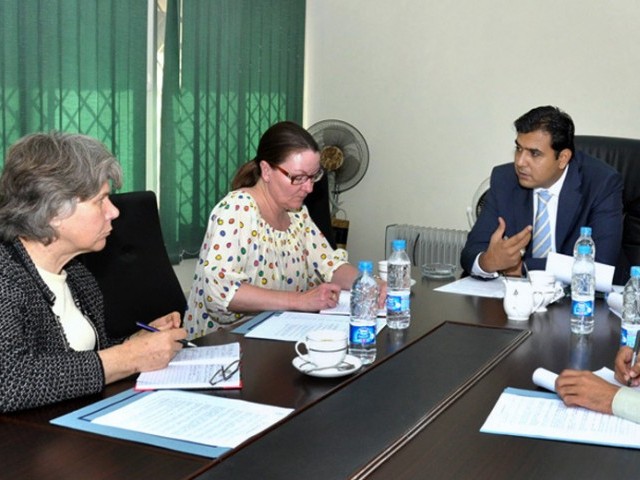 ISLAMABAD: It is often said that the minorities in Pakistan are marginalised. Two bills, which would help resolve a longstanding demand of the minorities for the official recognition and lending legality of marriages in minorities, the Christian Marriages Act and the Hindu Marriages Act are under consideration which will be forwarded for legislation after developing consensus of all the stakeholders, the Advisor to Prime Minister on Human Rights, Mustafa Nawaz Khokhar said on Friday.

Briefing the head of section, department of Asia and Pacific, Birgitte Rojle Hansen who called on him here on Friday, Khokhar apprised her about recent legislative initiatives of the present government for addressing human rights issues like National Commission for Human Rights Bill, the Women in Distress & Detention Fund Bill, National Commission for Women Bill, and Prevention of Anti Women Practices Bill (Private Member Bill).

Additionally, the advisor told the delegation about the effectiveness of recently constituted National Commission on the Status of Women of Pakistan.

While talking about the situation of child rights, he expressed that Pakistan are determined to increase the age of criminal liability from seven to twelve.

The advisor also told her about the proposed media awareness campaign that will create space for legislators to take initiatives for harmonisation of legislation, regulations and practices with the international human rights covenants and agreements and creating pluralistic, tolerant, progressive and open society.

Birgitte Rojle appreciated the efforts of the advisor for taking effective steps to improve the human rights situation in Pakistan.

PPP nominates Jahangir Badar for Leader of the House in Senate