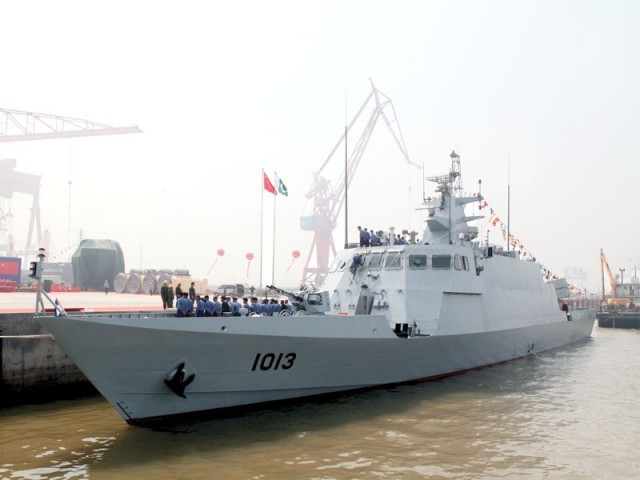 Pakistan Navy is fully prepared to counter any force challenging the country’s sovereignty or threatening the security of its territorial waters, said the naval chief on Monday.

Admiral Muhammad Asif Sandila was speaking as the chief guest at the commissioning ceremony of PNS Azmat, Pakistan’s first fast attack craft (missile) at the Xingang Shipyard in Tianjin, China.

Admiral Sandila said the induction of PNS Azmat will supplement Pakistan Navy’s combat potential, according to a press release issued by the navy in Islamabad.

Terming it a milestone in defence and strategic cooperation between Pakistan and China, he said the attack craft would indeed provide synergy in defence of the country’s sea frontiers.

“Its immense firepower coupled with stealthy features makes it a real versatile platform which would not only prove vital for ensuring effective presence in our area of operations, but would bring a new dimension of operation of stealthy platform of this tonnage,” he said.

The vessel is equipped with state-of-the-art weapons and sensors, including surface-to-surface missiles and has stealth features.

(With additional input from APP in Tianjin, China)

ADB, US to invest in dam construction, renovation