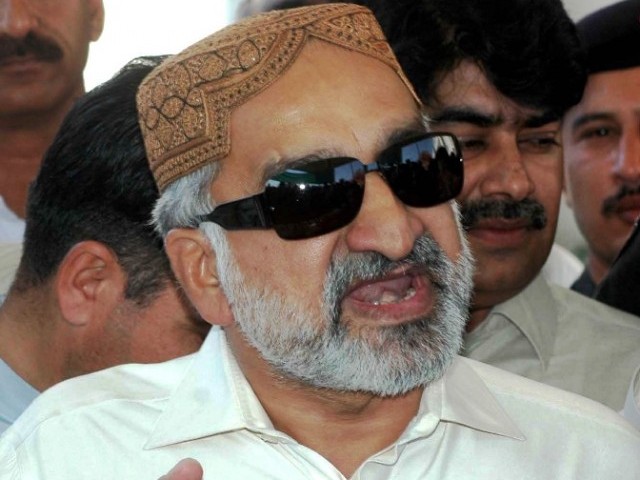 Mirza’s lawyer submitted that his client was a practicing Muslim who was ready to sacrifice his life for the Holy Prophet (PBUH). PHOTO: INP/ FILE

KARACHI: The hearing of a constitutional petition filed by Zulfiqar Ali Mirza against the hearing of an application by a single judge seeking the registration of an FIR against him on the charge of blasphemy was adjourned here on Wednesday till May 2.

The adjournment by a division bench of the Sindh High Court comprising Justice Maqbool Baqar and Justice Muhammad Shafi Siddiqui came as Anwar Mansoor Khan, counsel for the petitioner, was not present. Besides, Sindh’s advocate general and prosecutor general, who were earlier put on notice, were also not in attendance.

Sindh Industries Minister Rauf Siddiqui was, however, present along with his new counsel Khawaja Naveed Ahmed. The matter was taken up inside the chambers of Justice Maqbool Baqar after the court’s time was exhausted.

Earlier, the same division bench restrained Justice Muhammad Ali Mazhar of the high court from hearing an application filed by Rauf Siddiqui against Zulfiqar Mirza, alleging that the former home minister committed blasphemy during his interviews and other statements.

Mirza’s lawyer submitted that his client was a practicing Muslim who was ready to sacrifice his life for the Holy Prophet (PBUH) and the application, allegation and the case was politically motivated.

Siddiqui approached the high court after a lower court had rejected his request to register an FIR against Mirza.