Analysis: I had never seen right-wingers laugh so hard

Analysis: I had never seen right-wingers laugh so hard 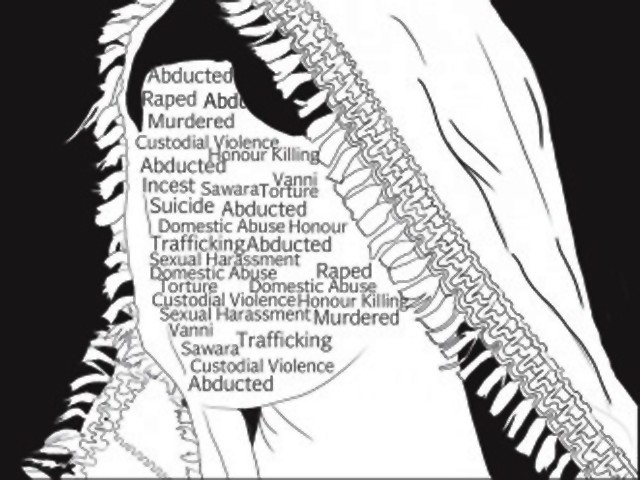 Today I walked out of the parliament with a feeling of humiliation. The strong sense that many simply played politics with women’s pain made me feel nauseated. This domestic violence bill had been proclaimed by the president and prime mister as their priority.

The bill that was proposed by Yasmeen Rehman and others in 2008 was unanimously passed by the national assembly in 2009.  Unfortunately, it was rejected in the Senate, and, finally, after two years, was presented again in the joint session of the Senate and the Assembly on Thursday.

The supporters of the bill, including Yasmeen Rehman, Attiya Inayatulla, Azra Peechoho, made changes in the text to suit every party. The discussions and debate went on, compromises made and text diluted. But the text has never been an issue really.

The main issue seems to be, as one parliamentarian had said earlier, “Now we can’t even slap our wives any more! What kind of system do you want?”  That seems to be the main problem, which usually takes the form of saying, “We disagree with the text”.

Maulana Fazlur Rehman took the floor twice, not knowing what exactly the bill entailed and bad-mouthed “westernized women”. Mehtab Abbassi played a negative role in instigating the Maulana, who then wanted to send the bill to the Council of Islamic Ideology. Expressing his support, Senator Raza Rabbani stood up and quoted several rules to conclude that the joint session cannot send a bill to the CII.

Saad Rafique after taking the floor twice and yelling at the speaker, came over to the Maulanas and they all had a laugh sitting in the front rows. I had never seen Maulanas laugh so hard. They were falling off their chairs. I wondered if they even knew the meaning of domestic violence, if they have ever seen a face of a woman covered with bruises, or red marks of sticks on a woman’s back, or broken limbs of a crying sister. I wondered if they are even capable of ever feeling the pain of what it is like to be hurt or sexually molested by someone with whom you have to live every day not knowing when he will turn into a monster.

A week ago this bill came on the agenda after a very long wait and much preparation, but Khursheed Shah intervened and without letting any woman speak said we need five days to iron out some issues with the text and had the speaker defer it. Obviously this was not a priority for any party so every day we tried to know who has a problem and why the bill was deferred. No one approached the mover and yesterday again, Khursheed Shah declared that people have issues and therefore a few more days are needed. After seven and a half years, it still needed a few more days.

The bill has been deferred again until Monday. I felt the top leadership might not be aware of how it gets played out at this level. I know the commitment of the top leadership of the PPP, ANP and MQM. I also know that Shahbaz Sharif who passed an amazing package for women on the March 8 could not have tolerated this humiliation of women in the joint house, but it happened. They did not let the women parliamentarians speak. I would like the women of Pakistan to know this: Tomorrow is another day!

The writer is a social scientist with a PhD from the University of Minnesota and the author of “Taboo! The Hidden Culture of a Red Light Area.”