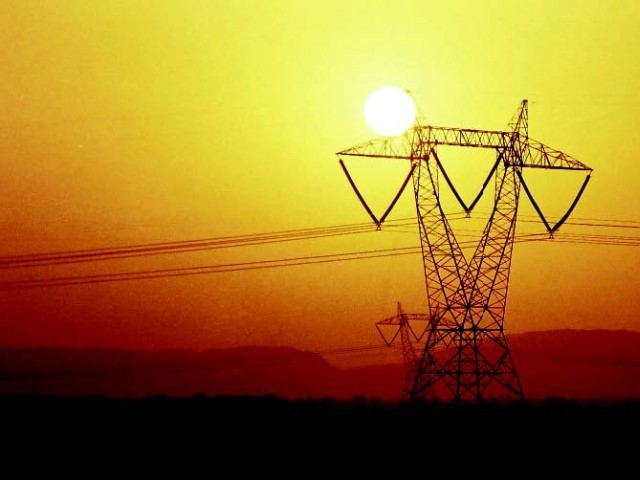 Load shedding of up to 16 hours was reported in different parts of Lahore, as well as Faisalabad on Sunday, sparking protests in various areas.

Electricity supply was suspended early morning in Lahore and could not be restored till noon in many areas of the city, including Samanabad, Mustafabad, Gulshan-e-Ravi, Johar Town and Green Town. In other areas, electricity was provided for half an hour every two hours.

Some officials in the Lahore Electric Supply Company (LESCO) said the electricity shortfall has reached 6,500 megawatts (MW) while others put it at 5,500MW. “The demand remained at 13,500MW, while electricity generation was 8,000MW,” an official, requesting anonymity, said.

People blocked Walton and GT roads and burnt car tires to protest against load shedding. Traffic remained blocked for at least two hours. “It is beyond our understanding how load shedding takes place even on a Sunday, when shops and markets remain closed. We are left with just one option: to block the roads in protest,” said a protester, Murtaza Ahmad.

A man was beaten up by protesters in Johar Town when he tried to make his way through the crowd. “People should try and understand that the protests are for our collective right. They became angry when a man tried to maneuvre his way on a motorcycle and he was beaten up,” said another protester, Muhammad Idrees.

An official, citing the reasons for load shedding, said independent power producers owe debts worth Rs152 billion to oil refineries. “Prices of furnace oil have also gone up in the international markets, due to which electricity generation has declined.” he said.

Opposition Leader of the National Assembly, Chaudhary Nisar Ali Khan said he would raise the issue in the next NA session.

Faisalabad remained in the grip of protests and clashes between power loom workers and shopkeepers, paralysing all commercial and civic activities besides the suspension of traffic.

Loom workers from textile units took to the streets and forced traders to close their shops. However, the traders resisted and the clashes turned ugly with more than a dozen sustaining injuries. Roads were littered with bricks and burning tires.

At least a dozen processions were carried out by power loom workers from Ghulam Muhammad Abad, Bakkar Mandi, Dijkot Road, Jhang Road, Sammundri Road, Narwala Road and Sargodha Road against the unprecedented electricity outages, which led to the halt of textile looms and other manufacturing activities.

The rallies commenced at 9 am and continued till late evening. Protesters chanted anti-government slogans and complained of constant load shedding being responsible for the shutdown of textile units.

Power loom owners and workers jointly staged demonstrations. The processions, which were brought out from various parts of the city, made their way towards the famous Clock Tower Chowk.

Even though heavy contingents of police followed these processions, they remained silent observers making no attempt to restrain the protesters from damaging public and private property.

The situation got out of hand near the Clock Tower and adjoining bazaars which turned into battlefields between traders and protesters.