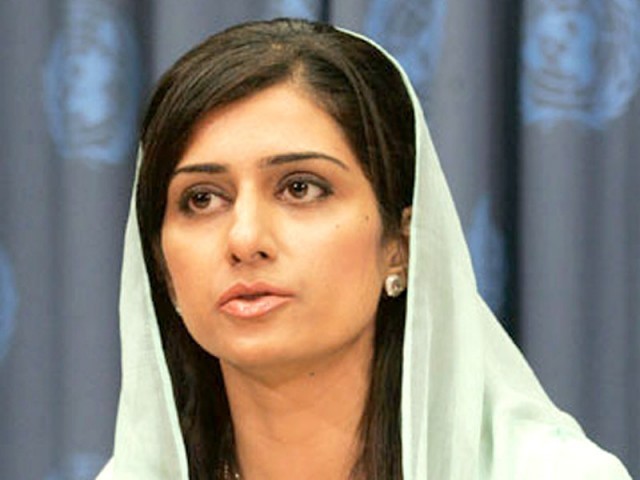 Foreign Minister Hina Rabbani Khar confirmed the country’s commitment to the Iran-Pakistan gas pipeline on Wednesday; laying to rest any doubts that a Chinese bank’s decision to back off from funding the project would affect plans to import gas from Iran.

“There are multiple sources available and this is a very viable project,” Khar told reporters at a joint news conference with her Swedish counterpart Carl Bildt in Islamabad.

Pakistan is pursuing the project despite mounting US pressure to abandon it.

A federal cabinet committee, headed by Finance Minister Dr Abdul Hafeez Shaikh, on Tuesday constituted a ministerial committee for reviewing alternate options to arrange funds for construction of the Iran-Pakistan gas pipeline after the petroleum ministry disclosed that the Industrial and Commercial Bank of China (ICBC) was reluctant to sign the financial adviser contract despite being the lowest bidder.

The financial adviser is responsible for arranging funds for completing the 800-kilometre-long pipeline, at an estimated cost of $1.5 billion.

Parliamentary review of US ties

The foreign minister insisted that the government’s decision to rewrite terms of engagement with the US, Nato and Isaf will expand cooperation with international players instead of contracting it.

“We hope that the world will respect the new terms of engagement,” she said, adding that Pakistan wanted to assist western forces stationed in Afghanistan with a smooth exit from the country.

Khar added that even though Pakistan and the West had ‘convergence’ on Afghanistan’s future, they often disagreed on the ‘tools’ being used to achieve the same end.

The foreign minister strongly condemned the killing of 16 Afghan civilians including children by a US soldier in Afghanistan. “We condemn this act in the strongest possible terms and we want that the person responsible be brought to justice,” she said.

The Swedish foreign minister, whose country is also part of Isaf, expressed his “deepest regret” over the incident.

“We hope this will not affect the overall policy in Afghanistan,” he said.

Khar said Pakistan and Sweden have decided to double the existing volume of bilateral trade from $450 million to $900 million by 2014. The Swedish foreign minister said his country endorsed Pakistan’s position that trade, not aid was the solution to the country’s problems.