Islam is among the batch of office­rs who have been ‘groome­d’ by the Chief of Army Staff in the ‘new...
By Wajahat S Khan
Published: March 10, 2012
Tweet Email 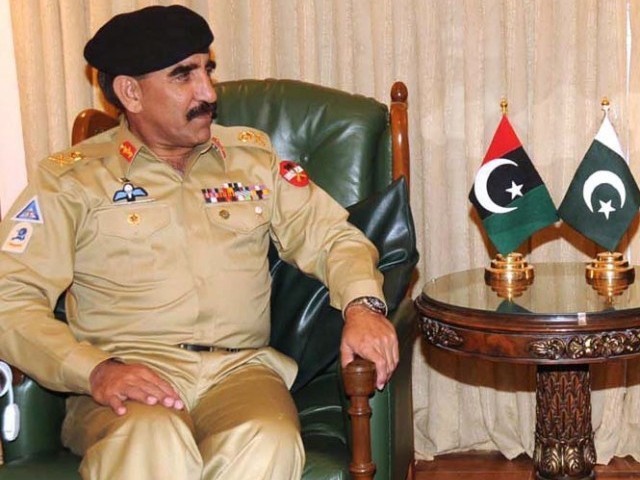 Interestingly, Islam is among the batch of officers who have been ‘groomed’ by the Chief of Army Staff in the ‘new look’ ISI.

He’s the new boss of Aabpara, but he’s not the same as the old boss. Lt-Gen Zaheerul Islam, the designate DG-ISI, just like the incumbent but soon to retire Director General of Inter-Services Intelligence Lt-Gen Ahmad Shuja Pasha, is also an infantryman, but hails from different regiment: the famed Punjab (Pasha is from another celebrated wing of the infantry, the Frontier Force).

Unlike Pasha, who took over the ISI after a stint as Director General Military Operations with little high-level intelligence experience, Islam has previously served in the ISI as a two-star major general, and also commanded the very cushy V Corps in Karachi. He’s a certified paratrooper and alpine-trained, and hails from a prominent military family of war heroes who’ve worn lots of brass.

The V Corps stint in Karachi is a complicated job. Like the IV Corps in Lahore, it’s regarded as a choice posting which only those officers close to the Chief of Army Staff get to hold. Firstly, it features command of the 25th Mechanized Division, which watches over every spot of land from Malir to upper Sindh, making it the largest land covering formation in the Army. But Islam was not just watching over Pakistan’s eastern deserts, a likely axis of a conventional war with India if it ever comes, during his corps command. From his office on Shahra-e-Faisal, Islam’s tenure has featured overseeing Karachi during the ‘target killing’ turbulence of 2010-11, the arrests of prominent militants and terrorists (some with links to the Taliban), as well as the reorganization of the DHA. The PNS Mehran attack occurred down the street from his headquarters. The man has obviously been exposed to an eclectic brand of soldiering in Pakistan’s largest, and perhaps most complicated, city.

Zaheerul Islam is not an unknown quantity within the ISI. He was reportedly DG Internal, dealing with domestic and counter-terrorism ambits as a major general under a younger and pre-extension General Ashfaq Parvez Kayani. Interestingly, Islam is among the batch of officers who have been ‘groomed’ by the Chief of Army Staff in the ‘new look’ ISI. Before 2004, those who served as top-guns at Aabpara had a very different promotion stream than those who didn’t. Generally, in a classic bifurcation that was almost traditional, Rawalpindi’s spooks were different from its soldiers. However, and perhaps in his own image, Kayani has streamlined some of Army’s best and brightest to also pass through the ISI.

Thus, the ISI has, especially under Kayani, become a type of ‘finishing school’ for Army’s top brass. Islam, besides holding the right command, staff and operational posts, is among those ranks of ‘soldier spies’. Critically, in the context of ongoing military operations within the country, his infantry background is also going to matter, for the ISI, officially sans its ‘political wing’, is gradually reverting to what it was formed to do: provide field intelligence for war. As most of the operations and engagements in FATA, Khyber Pakhtunkhwa and Balochistan continue to be infantry-dominated, Islam’s foot-soldier background will be critical.

Also, especially after his very glasnost style stint at Karachi, where he often interacted with the press, expect him to be more media savvy, if not maintain a higher profile, than Pasha. As he is a known organizer, also expect him to recalibrate, if not redux, the ISI’s at least six known sub-directorates: Analysis, Counter, Internal, Media, Special and Technical. But don’t expect any game-changing turnarounds, for Islam is a few batches more junior to his boss, Kayani, than Pasha was, and the COAS isn’t going golfing till at least November 2013, when Islam could well be in the final three or four finalists who are gunning for the top slot at Chaklala Garrison.

No ‘external pressure’ for action against Waheeda: ECP