A country for minorities

A country for minorities 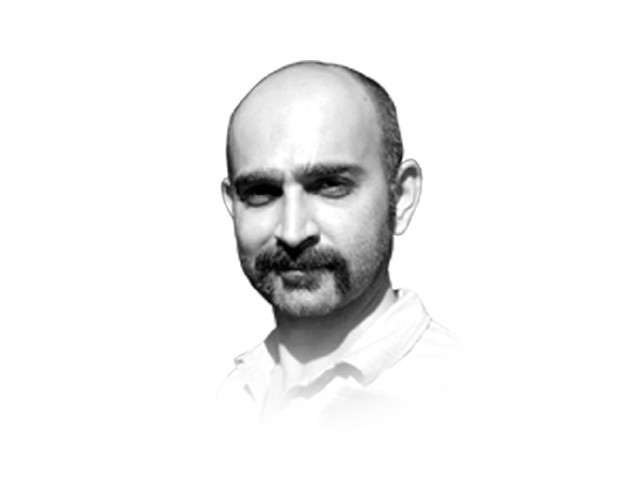 There are two ways of explaining why Pakistan was created. One is to say that the impulse for Pakistan was a Muslim-nationalist impulse. That is what we are taught in school and probably what most Pakistanis believe.

But there is another explanation. And it is this: the drive to form Pakistan was rooted in the notion of minority rights. During the haggling that preceded independence, most Muslim leaders initially wanted constitutional safeguards protecting the rights of a Muslim minority within Hindu-majority India. Only when they decided this would not be possible did partition become their aim.

Even then, British India did not necessarily have to become just two countries with a burning enmity: India and Pakistan. It could as easily have been split into several: perhaps a northwestern country that included not just current Pakistan but also the Indian-controlled part of Kashmir and Indian Punjab, as Jinnah himself had wanted; a northeastern country centred around a unified Bangladesh and Indian Bengal; and a variety of other countries between them and to their south.

Each of these countries would have contained large minorities of all kinds. But each could quite possibly have been more manageable and easier to govern than either post-partition India or the united Pakistan that included both our present country and what is now Bangladesh. The whole region might have avoided wars, focused on education and social services, evolved a common market, and got on with the business of co-existing and prospering together, as much of Europe did over the same period. (Then again, they might have slaughtered one another and descended into anarchy.)

In any case, the population of Indian Punjab is not leaping at the chance of joining Pakistan today, and the plebiscite that would allow Kashmiris to choose whether or not to do so has never been permitted to proceed. So the creation of a larger mega-Pakistan is not an option, and I do not bring up the preceding bits of twentieth-century history and imaginary what-ifs because I intend to propose it.

Rather, I mention all this because viewing Pakistan as a country founded on the principle that minorities must be protected from the predations of majorities is both useful and morally powerful, and because that notion may contain within it a way forward for our nation as a whole. It was our neglect of this principle in the years leading up to 1971 that caused our second partition, the creation of Bangladesh. (Yes, East Pakistanis were more numerous, but in terms of power and dignity they were treated as an inferior minority.) And it is our neglect for this principle now that has many in Balochistan clamouring for a third partition by the carving out of a separate country.

The problem of Balochistan’s mistreatment within the federation is related to the problem of the mistreatment of minorities in Pakistan generally, a particularly perverse and vexing problem for our country to suffer from since all Pakistanis are minorities, our largest ‘group’ — Sunni, non-Seraiki speaking Punjabis — making up little more than a third.

But, as a nation of minorities, and a nation founded on the principle of minority rights, we could at last acknowledge that we have done enormous harm by withholding from our citizens the equality to which they are entitled, by resorting to force too readily against those who disagree with us, and by seeking for too long to centralise what more properly belongs not to the federation, nor necessarily even to the provinces, but to the cities and towns and villages, and to the conscience of each individual.

The fact that this week’s senate elections went ahead, despite all the machinations, is a victory for Pakistani democracy. And democracy, through constitutional amendment, is moving functions to the provinces, as one would hope. Over time, more should be devolved, and more revenue should be provincial as well. (And there will come a time when, to benefit areas that continue to suffer from neglect, we must consider the reconfiguration of Pakistan from four provinces to perhaps twice as many — though vitally this should be done on a geographic rather than linguistic basis.)

Yet devolution cannot stop with our provinces acting as mini-despots. Once the present changes have had time to settle, provinces will in turn need to pass functions along to local bodies. Faisalabad, to take one example, has the population of Uruguay, a sovereign state; there is no compelling reason why its governance should be coordinated through Lahore.

The federation’s center will of course remain important. We live in a rough neighbourhood, so we need a military to deter foreign threats. We share the same river systems, so we need jointly to plan reservoirs, irrigation, and dams. We sell certain products and services throughout Pakistan, so we need compatible regulations. And so on.

But overall the role of the centre will have to shift from trying to tell each of us what to do, from micro-managing our regions and our lives, to defending us from the predations of those more powerful than us. It must protect angry Baloch students in Quetta, and Urdu-speaking businessmen in Peshawar, and Pashtun bus drivers in Karachi, and, yes, Punjabi schoolteachers in Balochistan. It must stand for our right not to be shot without trial, held without notification, or tortured under any circumstances.

As the day-to-day administration of our country flows out of Islamabad, the role and professionalism of our federal court system, and our supreme court in particular, must increase, not to persecute us for imagined thought-crimes but to protect us from each other and from the state. And for internal security we will need to build an apparatus that functions within the purview of the courts, not outside it.

We are each a minority of one. The crisis in Balochistan is therefore a crisis for all Pakistanis. We must address it together, or we risk surrendering the idea of Pakistan to tyranny, an unjust state where every citizen is denied their potential and must squirm as an illusion in someone else’s dream.