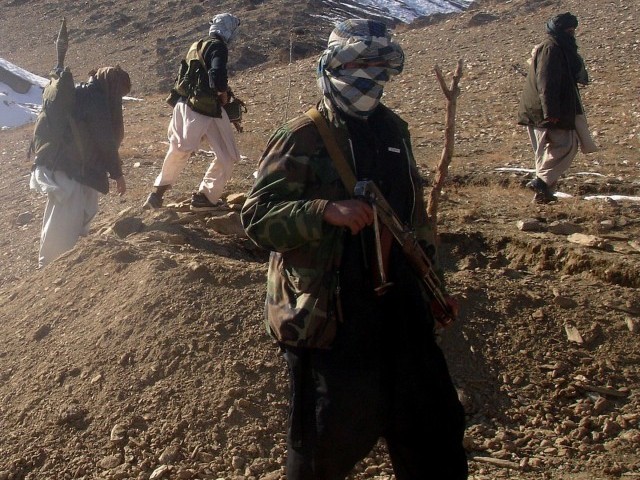 KARACHI: Just as political efforts to stabilise Afghanistan gather pace, the Quetta-based Taliban have started to show signs of flexibility towards dialogue, according to the head of a provincial Afghan peace council.

“From what I’ve heard from Afghan tribal elders who have met former Taliban commanders ‘in their individual capacity’, they’re willing to talk peace,” said Haji Ata Muhammad Ahmadi, chairman of the provincial peace council in the southern Afghan province of Kandahar.

“They (Taliban) are also fed up with fighting – nobody can fight for ever,” Ahmadi told The Express Tribune by phone from Kandahar. However, he clarified that the Kandahar peace council, in its official capacity, hasn’t sent any delegation to engage the Quetta Shura in talks. “But yes, some Afghan tribal elders have individually travelled to Quetta and met with former Taliban commanders,” Ahmadi said.

Afghan and US officials have long believed that the Taliban hierarchy – known as the Quetta Shura – is based in Quetta from where it is directing the insurgency in Afghanistan. Pakistan, however, denies the existence of the shura.

Though Ahmadi’s senior colleague in Kabul sought to play down the Kandahar initiative, he shared Ahmadi’s optimism. “Let’s not play up this development,” said Maulvi Arsala Rahmani, senior member of the Afghan High Peace Council.

“But yes, I’m hopeful about a final political settlement of the Afghan war,” he told The Express Tribune by phone. “The Taliban will have to sit across the table with Afghans to resolve this issue.”

Last week foreign media reported Afghan officials had been meeting for “some time” with mid-level Taliban commanders in Quetta. “In the last 10 days, our peace council delegation has gone to Quetta three times in twos and threes,” Atta Muhammad was quoted as saying on
Feb 22.

The Taliban have rejected the report.

Some Afghan factions, especially those who were part of the Northern Alliance, have time and again voiced concerns over giving the Taliban any role in a post-war Afghanistan.

But Ahmadi claimed that nobody was opposed to peace talks with the Taliban. “They’re sons of the Afghan soil. They cannot be ignored in the final settlement,” he said.

“Pakistan has always helped Afghanistan in its hour of need. Our destinies are interlinked. We expect Pakistan will also play its role in stabilising Afghanistan,” he added.