Snowfest: Festival to attract tourists to the snowy peaks of Malam Jabba

Snowfest: Festival to attract tourists to the snowy peaks of Malam Jabba 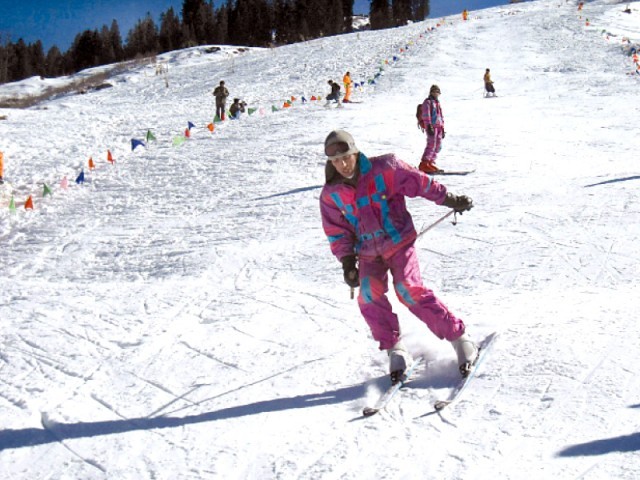 Malam Jabba attracted a number of tourists from the world over till militants took control of the area. PHOTO: FILE

To draw tourists to Malam Jabba, the biggest and most popular ski resort in the country, the Pakistan Army has organised a week-long Swat Snow Festival.

This year, the snow festival “Ski and Smile in Swat” will include other snow-related activities like paragliding and a competition for children for a wider appeal.

“The sole objective of the festival is to attract tourists for winter sports, revive tourism in Swat and boost incomes of people connected with tourism,” said Brig. Sajjad Ahmed, in a briefing for journalists.

Tourists flocked to Malam Jabba every winter till militants gained control of the area. To facilitate tourists, free shuttle service will be provided to Malam Jabba, while schoolchildren will get a free ride from their school so they can participate in the festival. A day has been fixed exclusively for families to enjoy the snow festival.

The snow festival will be inaugurated by the Norwegian ambassador on March 3 and will continue till March 10. Thousands of tourists, however, have already come to Swat and are waiting for the festival to begin.

“We have come from Lahore to watch people ski. It’s thrilling for us and this promises to be a memorable trip for the whole family,” said Shayan Ali, who was enjoying the snow on the slopes in Malam Jabba with his family.