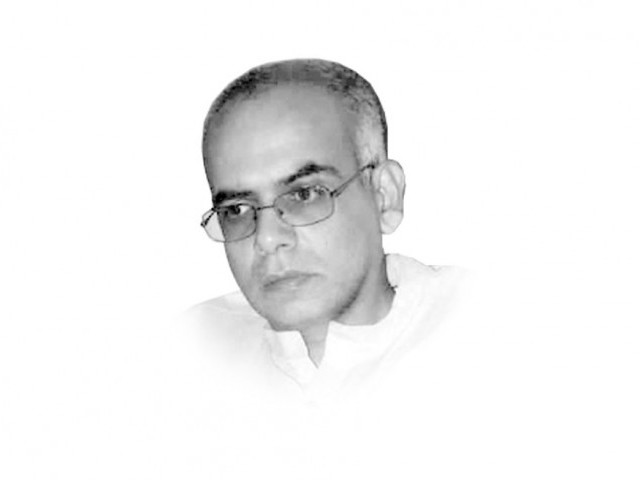 The writer is a development consultant and a PhD student at the University of Melbourne syed.ali@tribune.com.pk

Pakistan is trying to strike a precarious diplomatic balance of resuming ties not only with the US, but also with Iran. Relations between the US and Pakistan nosedived after a mistaken but deadly Nato strike on Pakistani security forces. Whereas, relations with Iran soured after a firing incident in Mastung, leading to a three month closure of the international border, which had only recently reopened. If Pakistan actually manages to sustain healthier ties with both these countries simultaneously, it would bode well not only for regional stability, but also help Pakistan demonstrate that it is finally beginning to shrug off the domestically resented yolk of US domination.

Although the US keeps reiterating that it cannot afford to isolate Pakistan, it continues viewing Pakistan’s role in the fight against terror with suspicion and does not desist from making contentious moves, like increasing nuclear cooperation with India, increasing restrictions on aid to Pakistan and most recently, an endorsement of independence for Balochistan. The US is also suspected of trying to sideline Islamabad and Kabul in its proposed talks with the Taliban. Given this context, Pakistan did well to host the third trilateral regional summit, involving not only Afghanistan but Iran as well, which had for years supported the Northern Alliance against Pakistan-backed Taliban in Afghanistan.

While the latest Islamabad summit is an encouraging sign for overcoming regional animosity and enhancing cooperation between these troubled neighbouring states, these talks have come at a time of heightened tension between Iran and the US, over the former’s controversial nuclear programme.

However, Pakistan has assured Iran that it will not support any US hostilities against Iran and both countries seem keen to strengthen ties through a Preferential Trade Agreement aiming to raise bilateral trade to $5 billion. Achieving this goal, in effect, is not going to be easy given increasing western sanctions against Iranian financial institutions and on its crude oil imports.

The prospect of energy cooperation between Iran and Pakistan is, perhaps, the biggest irritant to the US. In the deal signed in 2010, Iran has agreed to supply natural gas to its eastern neighbour from 2014 onwards. The US has bluntly stated that it does not want the Iran-Pakistan gas pipeline to go ahead, and it has instead been trying to nudge Islamabad towards LNG imports and natural gas transmission from Central Asia.

The US is particularly lobbying actively in favour of the Turkmenistan-Afghanistan-Pakistan and India (TAPI) pipeline. However, a lack of agreement on transit fees is the remaining hurdle pre-empting the TAPI partners from signing an official gas sales and purchase agreement. Pakistan realises that TAPI is a much longer term and riskier prospect than the Iran-Pakistan-India (IPI) pipeline that could happen within the next two years.

Pakistan is already up against the wall following the decline in external aid and loan inflows. Its energy sector development programme has received no foreign assistance during the first quarter of the current financial year. The country is estimated to be losing out on three to four per cent in gross domestic product growth alone due to the energy shortfall. Since US sanctions on Iran would make financing the project difficult, Pakistan is apparently trying to secure financial assistance from China.

Operationalisation of the Iran-Pakistan gas pipeline would demonstrate increasing unwillingness to tolerate US interference in regional matters. Instead of trying to twist Pakistan’s arm into further isolating Iran, the US could try using Pakistani leverage to help ease tensions with Iran. If that seems too idealistic, the US at least needs to concede that better relations between Iran and Pakistan can play an important role in the promotion of intra-regional and inter-regional connectivity. This is the key to the socioeconomic development of the people of the region, and will ease America’s own desperately needed exit out of Afghanistan.