WikiLeaks: ISI charged but not convicted

WikiLeaks: ISI charged but not convicted 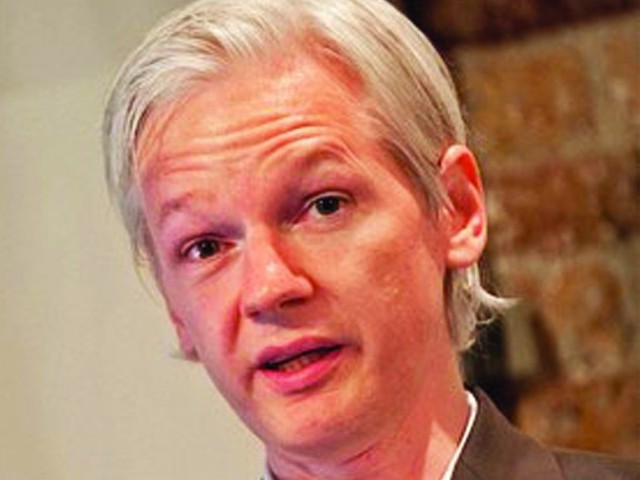 Wikileaks founder Julian Assange speaks during a press conference in London. He has defended his decision to make the Afghan war logs public. PHOTO: GETTY IMAGES

After years of denial that the ISI is involved in Afghanistan’s insurgency, the reports published by WikiLeaks have shed new light on the agency’s alleged activities.

The role of the ISI

The WikiLeaks reports have numerous mentions of the Inter-Services Intelligence (ISI) agency. The intelligence reports filed by the US military are based on data from informants, Afghan intelligence and government representatives. They include allegations that the ISI was providing logistical and financial support to the Afghan Taliban and other insurgents, as well as training. The reports cite that the ISI had “ordered Taliban and other Islamic party members to kidnap foreign citizens from within Afghanistan”, especially “India nationals” and that the ISI had facilitated the passage of bomb-making material to Afghanistan, specifically for an attack that ended up targeting then US Vice President Dick Cheney on February 27, 2007.

The reports claim that as recently as April 2009, the ISI was providing training for and funding the placement of IEDs (Improvised Explosive Devices) in Afghanistan. IED attacks grew exponentially in Afghanistan from 2004-2010, and according to the Washington Post, “account for nearly two-thirds of Nato’s troop fatalities in the nearly nine-year long war”. The ISI was also allegedly involved on a strategic level, as one of the reports claims that it was “trying to bring insurgent leaders Sirajuddin Haqqani and Mullah Omar together” in 2007.

The ISI, Foreign Office and Pakistan’s ambassador to the US Husain Haqqani have dismissed the reports. After the allegations were published, Associated Press reported: “A senior ISI official denied the allegations, saying they were from raw intelligence reports that had not been verified and were meant to impugn the reputation of the spy agency. He spoke on condition of anonymity in line with the agency’s policy.”

While some of the mentions of the ISI in the reports come from complaints by government officials, others pinpoint to what critics have long claimed are part of the agency’s strategic aims. Reports that the ISI backed individuals who attacked the Indian consulate in Jalalabad and that it ordered Sirajuddin Haqqani to kill Indians are part of a larger series of allegations against the ISI.

In a report dated March 22, 2008, the ISI is alleged to have offered Haqqani $15,000 to $30,000 per Indian worker in Afghanistan it killed. Specific reference was made in the report to targeting Indians in Nimruz province. In April, two Indian engineers were killed in Nimruz province while another Indian was killed in June.

The ISI’s order of ‘foreign kidnappings’ in 2007 was followed by at least 32 foreigners being kidnapped within the next six months, including a group of South Korean missionaries

The key element to the reports are the ‘strategic’ involvement, such as the ISI’s dealings with Sirajuddin Haqqani, Mullah Mohammad Omar and Gulbuddin Hekmatyar, relationships that experts say have dated back for decades.

The director-general of Afghanistan’s National Directorate for Security (NDS) claims, for example, that the NDS gave “Hekmatyar’s last known address to ISI, but they did not action it and he expects them to facilitate Hekmatyar’s move to another location.”

These reports and statements seem to provide compelling evidence that the ISI has been materially supporting the Afghan Taliban. But there is some room for doubt.

A report from Spain’s Defence Ministry was leaked in October 2008 stating that the ISI was arming Taliban insurgents to assassinate Afghan government officials in 2005. However, in 2005 the only assassination was that of Akhtar Mohammad Toowak, a candidate for parliament.

Other claims also sound hollow, such as one by the ‘Intelligence Department’ that Taliban leaders Mullah Obaidullah Akhund and Amir Khan Haqqani had been ‘released by the ISI’ in March 2007, when they were in fact released in November as part of a prisoner-exchange deal. Others make little to no sense, such as the ‘Pakistani Government’ is cited to have paid al Qaeda members Rs30,000 to kill a school director, an amount that is paltry considering the payments suicide bombers generally receive, and that there is no agency or group mentioned that ordered this hit.

Other reports mention an active Taliban commander who is backed by the ISI, while the same commander is reported by other informants to have been arrested by the Pakistan government.

‘Who contols the ISI?’

While the release of the WikiLeaks reports engendered fresh media scrutiny of the ISI’s possible double role in the Afghan war, Western governments have been voicing concerns, both publicly and privately, for many years.

In September 2006, a research paper written by an intelligence official for the British Ministry of Defence was leaked to the media. It accused the ISI of “indirectly supporting terrorism and extremism”. In July 2008, then Deputy Director of the Central Intelligence Agency Stephen Kappes and then Chairman Joint Chiefs of Staff Mike Mullen came to Pakistan to present the government with evidence that the ISI was linked to militants carrying out attacks in Afghanistan.

The most dramatic accusation against the ISI came on August 1, 2008 from US President George W Bush who asked, “Who controls the ISI?” He went on say it was impossible to share intelligence with Pakistan “because it goes straight to the terrorists.” Intelligence, according to Bush, could not be provided to Pakistan “because certain elements of the ISI are leaking information to the terrorists before they could be hit by the US or Pakistani forces”.

The question that needs to be asked is why, if the US and other Western countries have been suspicious of the ISI for years and have been receiving the raw data that was released by WikiLeaks, do they continue to mostly turn a blind eye to its activities.

Yet another questionable fact is whether the allegations attributed to the ISI could be the work of the parallel organisation that was reportedly created to avoid the attention of Western governments, which Ahmed Rashid wrote about in his 2008 book Descent into Chaos. According to Rashid, “Running a two-track policy was proving to be an institutional difficulty for the ISI, a difficulty that was resolved with the creation of a new clandestine organisation that would operate outside the military and intelligence structure, in the civilian sphere. Former ISI trainers of the Taliban, retired Pashtun officers from the army and especially the Frontier Corps, were rehired on contract. They set up offices in private houses in Peshawar, Quetta and other cities and maintained no links with the local ISI station chief or the army.” Equally curious is the strong support the US has lent to Chief of Army Staff General Ashfaq Parvez Kayani, given that he headed the ISI during most of the period covered by the WikiLeaks reports. Reportedly, one of the reasons for the three-year extension recently granted to Kayani is the rapport he enjoys with US soldiers. However, the WikiLeaks reports have highlighted the army and the ISI’s role once again, indicating that Kayani’s next three years as COAS have started on a note of suspicion.

The role of other intelligence agencies in Afghanistan may also be of concern to the ISI. In a 2006 interview, Pakistan Muslim League (Q) leader Mushahid Hussain alleged that India’s Research and Analysis Wing “has established its training camps in Afghanistan in collaboration with the Northern Alliance remnants”. This April, the Inter-Services Public Relations Director General Maj-Gen Athar Abbas said, “Why is the US listening to India more in Afghanistan? Frequent events do suggest a rise in foreign activities inside both [Pakistan and Afghanistan]. The ISI is working to counter these activities, but the US can do more to remove those irritants by listening more to us.”

While an anti-Pakistan bias can be detected from some of the reports – particularly in complaints from Afghan officials – and can be discounted on that basis, the serious allegations levelled against the ISI, that is widely described as ‘a state within a state’ should be cause for concern for the civilian government that has consistently been under pressure to ‘rein in the ISI’.

No respite from floods