When so much energy is spent on rhetor­ic and speech­es, little is left to execut­e a progra­mme to meet the challe­nges...
By Rustam Shah Mohmand
Published: August 2, 2010
Tweet Email 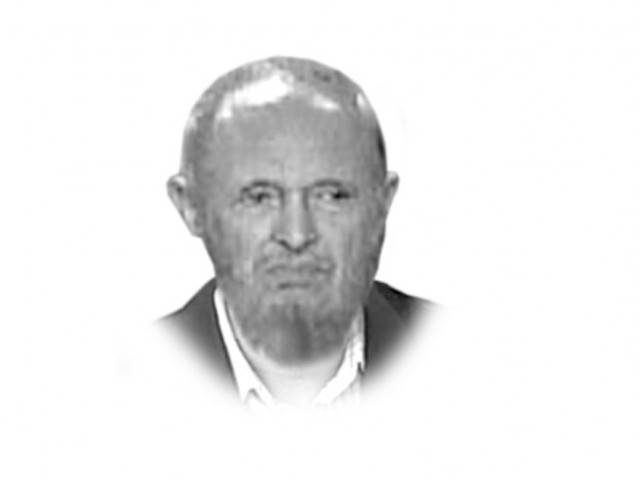 The writer is a former chief secretary of Khyber-Pakhtunkhwa

When so much energy is spent on rhetoric and speeches, little is left to execute a programme to meet the challenges posed by calamities such as the air crash in the capital and the floods that have swept Khyber-Pakhtunkhwa and parts of Punjab.

Such a disorganised response only emanates from countries where there are no institutions or little respect for systems or rule of law. While TV reporters could reach the hilltop where the aircraft wreckage was lying, officials of the National Disaster Management Authority (NDMA) could not. Even university students managed to reach the site to help in the rescue operation only to find that there were no arrangements to collect body parts and the belongings of those who had perished in the crash.

An institutional response would have meant specialised teams of experts, well-equipped, dispatched immediately to scan through the wreckage, collect body parts, scavenge through the debris for any items of relevance, remove the debris, dig out human remains and dispatch this material to hospitals for DNA tests and identification of bodies and hand over all other material to the inquiry team.

Why does every such tragedy catch us off-guard? Particularly when we are a country, unfortunately, so used to acts of violence and explosions. Other than lack of institutions the reason for our awkward and inadequate response is that we immediately turn to our favourite hobby of making speeches — as if they will diminish the quantum of tragedy or provide solace to those who lost their loved ones.

The devastating floods that have swept KP and parts of Punjab have left a trail of unquantifiable suffering. While news reporters were seen amongst those who were marooned, no government help was in sight. On a few occasions when a fraction of survivors were reached, the event was widely publicised, as if publicity was more important.

We seem to be perennially short on substance and long on symbolism. While people have died, made homeless overnight, crops destroyed, businesses disrupted and bridges dismantled we display the same lack of measured and focused response to the gigantic task of rehabilitation as we did to the disaster itself.

In the meantime, there are more “courageous” pronouncements, TV appearances and endless briefings. But a panic-stricken population who has been fed lies countless times before would not be willing to have anything to do with these unending gimmicks. They would pray for a messiah to emerge to bring order, decency, justice and sanity to the land of the pure.c