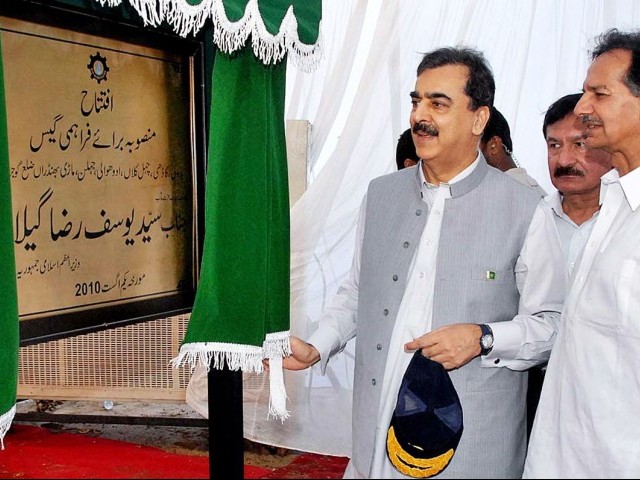 NOWSHERA VIRKAN: Prime Minister Yousaf Raza Gilani has directed all departments to ensure 10 per cent employment quota for women, saying that the Pakistan Peoples Party would do all it can to empower women in all walks of life.

Addressing the ground-breaking ceremony of the Rs82.311 million Nowshera Virkan inter-change project on Sunday, Gilani said that Benazir Bhutto’s dream has been realised in the form of democracy in the country and that her party colleagues have been successful, to some extent, in providing solace to her departed soul through such initiatives.

Gilani said people are the fountainhead of power under Bhutto’s vision. “The country will prosper only if the people flourish in their enterprises. Zulfiqar Ali Bhutto and Benazir Bhutto sacrificed their lives to empower the deprived masses of the country,” he added.

Gilani said that the huge gathering and enthusiasm of the people had strengthened his belief that the blood of the PPP’s leadership would not go waste, adding a revolution would occur in the light of their vision.

The prime minister said a landlord, a wealthy person and a poor man all have one vote, adding the poor people would bring about a revolution through their vote in the country.

“The PPP has given a constitution, the 18th amendment to the nation as well as strengthened institutions including the parliament and the judiciary.” He added that the government had also lifted the ban from student as well as labour unions and given 50 per cent raise in the salaries, adding that the salaries of army personnel have been doubled.

About the government’s steps to strengthen the federation, he said: “PPP has given the National Finance Commission award to the nation, empowered the people of Gilgat-Baltistan (GB) as well as women in the country.

The prime minister also said that schemes such as Benazir Income Support Programme were introduced to end to deprivation among the less privileged people.

“The PPP government is considering to introducing health-insurance and providing some free electricity and gas units to the poor strata of society,” Gilani added. Moreover, the prime minister said, technical education training would be imparted to the poor,  in order to enable them to earn their livelihood.