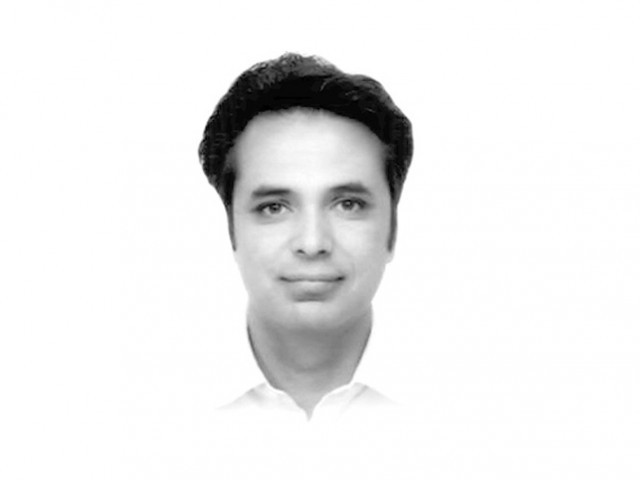 The writer is executive director news and current affairs at Aaj TV syed.talat@tribune.com.pk

On the face of it, the furore in Pakistan seems pointless. British Prime Minister David Cameron has not said anything new. All he has done is to repeat the standard script that the Washington-London-Delhi-Kabul Quartet has been releasing in fragments for a long time. The alleged duality of Islamabad in tackling internal sources of global terrorism has been a refrain with every single important dignitary who has spoken on the subject anywhere in the world. But what makes Mr Cameron’s utterances particularly galling is the choice of the platform for his attack. He stood next to his Indian counterpart, Manmohan Singh, and openly laid into Pakistan accusing it of exporting terrorism. This has only proven the sceptics right that there is indeed an international diplomatic siege being laid on Islamabad. Also worrying from Islamabad’s point of view is the timing of Mr Cameron’s diplomatic callousness. His words sound unusually ominous against the backdrop of the bigger case that is being propagated against Pakistan. The case runs something like this: The army-ISI duo runs and backs global terrorists, who use this official sanction and sanctuary to not just aggravate international efforts to stabilise Afghanistan but also undermine democracies like India, besides threatening important financial hubs like the UK and Europe. At the same time, this deadly duo milks international capitals in the shape of aid and weapons by using Pakistan’s territorial status as a frontline state in the war against terror.

By all accounts, these are serious charges, which even if spurious in substance, are lethal in intent and diplomatic impact. It is a pity, however, that Islamabad has not been able to launch an effective counter to the Quartet’s blitzkrieg. The Gilani government has chosen to respond to this new phase of charges against Pakistan in a sadly disjointed fashion. Afghan President Hamid Karzai’s audacious invitation to Nato and the US to take the war against terrorists inside Pakistan has been mostly swallowed. The reaction to David Cameron’s statement has been weak and now that President Asif Ali Zardari has kept his official tour to London intact, also hypocritical. That the ISI chief has called off his UK tour seemingly in response to the Cameron jibe is neither here nor there. It only shows Pakistan as a house divided. As for the US allegations, these have been overlooked and not been responded to — perhaps because the strategic dialogue is too important to be rocked by a verbal sparring round with Washington.

Similarly, pursuit of an “engagement” with Delhi and the desire to come across as a “reasonable” state has prevented Islamabad from forcefully reacting to India’s barrage of accusations. As a result the prevailing perception is that Islamabad is completely without option against its diplomatic encirclement by the Quartet and shall have to, sooner or later, fall in line. And when one sees the president’s itinerary as he travels to France and the UK, the perception looks very close to reality.

Another perception is that the current leadership including the opposition is incapable of effectively responding to the Quartet’s global propaganda against Pakistan. Their financial interest, their personal affiliation and the future of their children – in fact, their entire present and future life, as well as the life of their progeny – is outside Pakistan. London may not have much diplomatic clout against Islamabad but it does have enormous influence with the top leaders of almost all political parties. They would dare not speak against London and Washington or their riches shall be frozen.

This is the weakest link in Pakistan’s chain of diplomacy.