Say fares will need to be raised if toll remain­s in place.
By Our Correspondent
Published: February 8, 2012
Tweet Email 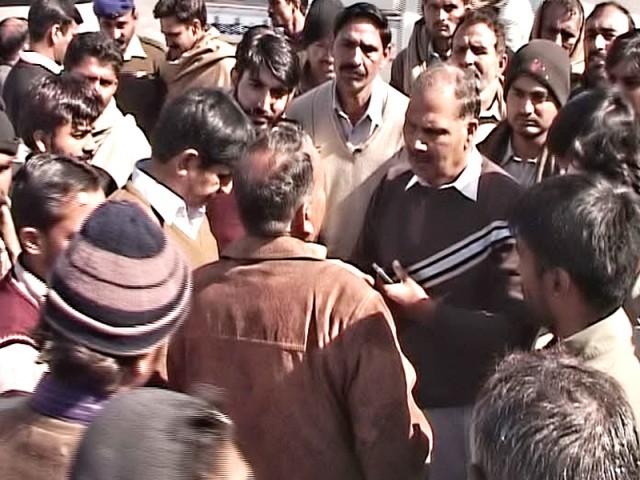 Say fares will need to be raised if toll remains in place.

Dozens of transporters on Tuesday staged a protest demonstration at Aimanabad toll plaza against the National Logistics Cell for charging Rs75 from every public transport vehicle passing through.

The transporters said the previous contractor had exempted them from the toll and demanded that the arrangement be continued by the NLC administration who took over the facility on February 7. They threatened to block GT Road by parking the buses near the toll plaza on Wednesday if the NLC did not revise its decision to charge public transport vehicles. “We will not move unless the decision is taken back,” said Rana Nisar, a transporter. He said public transport vehicles should not be treated like private vehicles.

“We have to pass through the toll plaza several times a day. Public transport fares cannot be maintained at their current levels with the Rs75 toll per trip,” said Ayaz Khan, one of the protesters. Khan said the transporters were currently charging a minimum fare of Rs10. “This will have to be raised if we are to pay Rs75 per trip at the toll plaza,” he added.  Khan said none of his buses had paid toll at Aimanabad for over two years.

National Logistics Cell spokesman Major Tanveer rejected the demand. He said the NLC had not been told by the National Highway Authority about any policy requiring it to exempt public transport vehicles from the tax.

Gujranwala acting district coordination officer Nabeel Awan said the road fell beyond the city government’s jurisdiction. It was the domain of the NHA, a federal body, he added. Awan, who was transferred from the office on Monday, is looking after the office until an appointment is made to the post. He said the district government had earlier contacted the NHA with the transporters’ concern but no action had resulted. “If the previous contractor was not charging toll from public transport vehicles,he may have been doing so on his own. There is no policy in this regard,” he said.

Some lawyers also joined the transporters in protesting against the NLC, claiming that they had also been exempted from toll payments by the previous contractor. Advocate Sarfaraz Butt and Nawaz Warraich said lawyers had to pass through the toll plaza everyday to reach district courts. A Gujranwala Bar Association statement said it would announce a strike in protest against the toll collection from bar members.