Wants to know why police offici­als have not appear­ed before court
By Rana Yasif
Published: February 4, 2012
Tweet Email 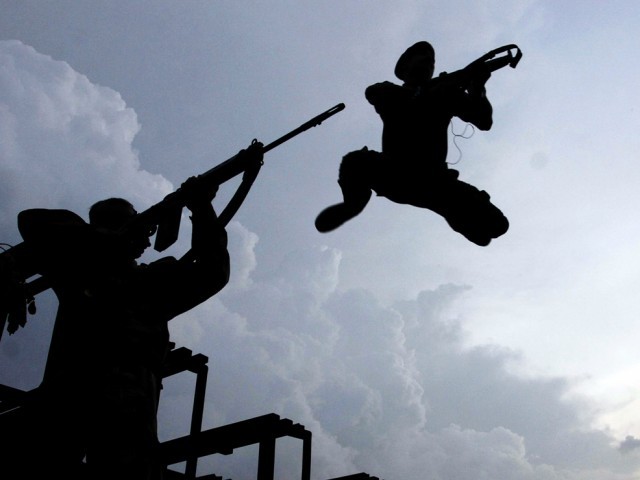 Woman alleges that her brother was killed by the police after her family could not pay the Rs1m that they demanded for his safe release. PHOTO:EPA

LAHORE: The Sheikhupura District Police Officer (DPO), on Friday, was given a last chance to submit a report about whether or not he had attached salaries of 19 police officials and reasons for their not appearing before the court.

The men are allegedly involved in killing two men in a staged encounter.

An additional district and sessions judge passed this order on a private complaint filed by a sister of one of the deceased. The woman alleges that her brother was killed by the police after her family could not pay them Rs1 million that they had demanded for the safe release of her brother.

A Sheikhupura DSP, six sub-inspectors, eight constables and four SHOs from Sheikhupura and Khanqan Dogran have not been produced before the court despite issuance of summons, show cause notices and bailable as well as non-bailable arrest warrants.

The Kot Lakhpat SHO has been directed several times to produce the respondents. The Sheikhupura DPO was also directed through a letter to attach the salaries of the above mentioned respondents but the court has yet to receive a compliance report. Another letter written to the DPO, seeking a report about why the respondents have not appeared in court have also gone unanswered.

The complainant Kehkashan Begum, of Chungi Amar Sadhu, says that on April 13,2009, the police officials she has identified as well as 35 others surrounded her house and took into custody Sabir, Abrar, Ayesha Bibi and Farzana Bibi.

According to Kehkashan, the two women, later released, had informed the family that Sabir and Abrar had been taken to Khanqan Dogran. The Kot Lakhpat SHO was told by the Lahore High Court to register a case against the officials after a relative filed a petition, she says, adding that after the court order the officials demanded that the family pay them Rs1 million for their safe release.

She says that her family told the police that they could not pay the money. The men were killed on April 25, 2009 in what police described as an encounter.