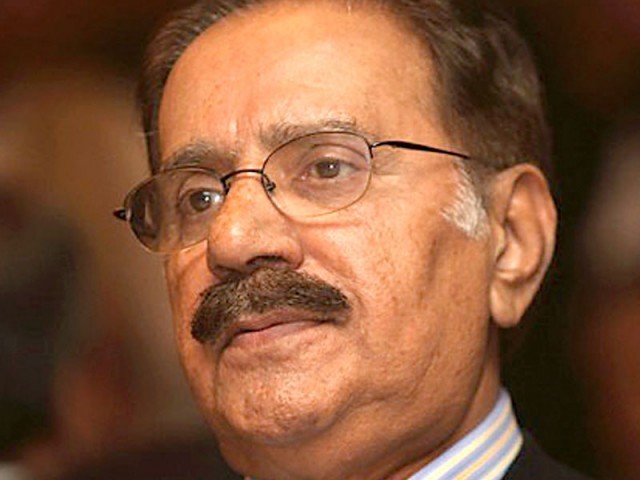 Commerce Minister Makhdoom Amin Fahim informed the Senate on Wednesday that three members of a trade delegation did in fact apply to the Canadian government for refugee status in 2009.

“No complaint was received regarding any such incident during the past two years, however, in 2009 three representatives of two exhibitor companies of a single country exhibition held in Canada (July 8-12, 2009), organised by the Federation of Pakistan Chambers of Commerce and Industry (FPCCI), applied to the Canadian government for refugee status,” Fahim said in a written reply.

The commerce minister was responding to a query by Pakistan Muslim League-Quaid’s (PML-Q) S M Zafar during the question-hour session.

Zafar had asked whether some trade delegation members sent to participate in exhibitions in Canada had applied for asylum during the past two years and whether any steps had been taken by the government to avoid a repeat of such incidents.

The Senate was also informed that Syed Bakhtawar Hussain Gilani and Rubeena Shaheen from Farrie Surgical Industry Sialkot and Mazhar Ali from Comfort Plus Karachi were the accused in the incident.

Fahim went on to state that in order to avoid such incidents in the future, the government had requested the Trade Development Authority of Pakistan (TDAP) and FPCCI to take strict punitive action against the companies and individuals involved in the incident.

Furthermore, TDAP had halted subsidy payments to the concerned companies while FPCCI had referred the case to the Federal Investigation Authority (FIA), the reply added. FPCCI has also been asked to provide TDAP with evidence of all exhibitors returning to Pakistan after they have participated in exhibitions outside the country.

In response to another question, Fahim stated that State Life Insurance Corporation is likely to earn a profit of Rs30 billion this year. The corporation had made investments worth over Rs245 billion, he added.