Liberals are scum of this country: Imran Khan

Liberals are scum of this country: Imran Khan

In a tell-all interv­iew, Khan speaks on the politi­cal to the person­al, says parlia­ment is coalit­ion of crooks.
By Web Desk
Published: January 19, 2012
Tweet Email 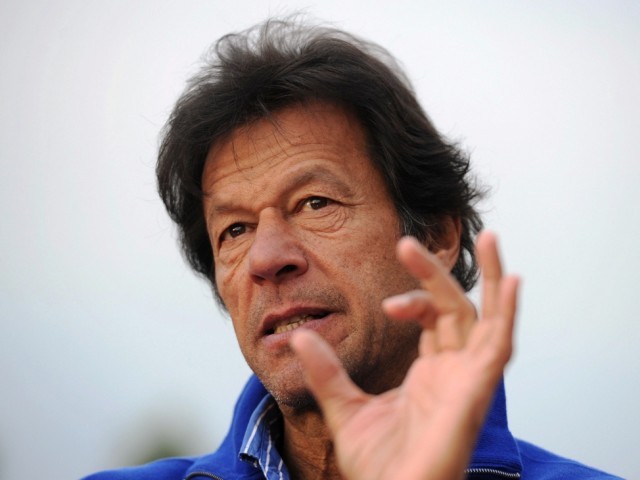 Imran Khan says that liberals were scum of the country. PHOTO: AFP

ISLAMABAD: Pakistan Tehreek-i-Insaf (PTI) chairman Imran Khan said on Wednesday that liberals in Pakistan were the scum of the country who backed US policies.

In a tell-all interview with NDTV’s Barkha Dutt, who was visiting Pakistan recently, Khan shared his views ranging from the political to the personal, including martial laws, Memogate, corruption and allegations against him.

Talking about liberals, he said that liberals were the scum of this country and were fascists. Khan said that those liberals backed bombing of villages, drone attacks. He added that it was the liberals who backed US policies, including the War on Terror that had aggravated extremism in the country.

Answering a question on being called ‘Taliban Khan’, the PTI chief said that he was being labelled that since he encouraged dialogue with the Taliban instead of military action, a policy which the US eventually had to adopt too.

He also touched upon criticism against him about praying on stage during rallies, to which he said that he prayed five times a day and that praying on the stage was not an exception.

‘Age of martial law is over’

The PTI chairman told her that the age of martial law was over, adding that the people of Pakistan have moved on. Talking about Memogate, Khan said that the infamous case was enough for an army take over but had decided against it because it realised that the people were not going to accept military takeovers anymore.

Khan added that for the first time in the history of Pakistan, the Supreme Court had taken a stand against corruption. He praised the media as well for its vibrant role in creating political awareness amongst the public.

‘Parliament, a coalition of crooks’

Responding to a question on the contempt of court notice served to Prime Minister Yousaf Raza Gilani, Khan said that the current parliament was a “coalition of crooks” who were benefitting from this “corrupt system” and were simply protecting each other’s corruption.  He said that democracy is strengthened by rule of law and that there were instead different laws for the rich and poor in Pakistan.

On allegations that his party was backed by the establishment, Khan referred to various polls, including the Pew polls that ranked the PTI as the number one party in terms of popularity in Pakistan, adding that he could not have manipulated those polls.

On a possible alliance with former president and All Pakistan Muslim League chief, Pervez Musharraf, Khan said that although it was kind of Musharraf wanting to be a part of his alliance, the party would not accept him. He added that it was the former general’s NRO that had brought President Asif Zardari and other “criminals” in power, also mentioning his involvement in the war on terror, exacerbating the situation in Balochistan by assassinating Nawab Akbar Bugti and the Lal Masjid case.

Khan also adviced Musharraf about not coming to Pakistan as his life was in danger from the Baloch, in particular Bugti’s son who had put a ransom on Musharraf’s head.

Regarding the Memogate case, the PTI chairman said that everyone in Pakistan considered the case to be akin to treason since it was the government asking the US to help them against the Pakistan army.

Speaking about Mansoor Ijaz, the US born Pakistani, who was one of the central characters in the case, Khan said that he did not think highly of Ijaz, adding that he was a ‘non-entity’.

Khan refused to comment further on the case, stating it was sub judice.

When asked on what Khan ascendency to power meant for India and Kashmir issue, he said that he believes in a political solution to the issue instead of a military one. He emphasised on having a roadmap to resolve the crisis in Kashmir.

Speaking on relations with India, he said that he believed in having normal ties with the neighbouring country, stating that this region was one of the fastest growing in the world and that the entire sub-continent should be working together to get rid of poverty. He emphasised on a relationship built on truth and no double games, which was free of blame game particulary about promoting terrorism in either countries.

On Jamaatud Dawa (JuD) chief Hafiz Saeed and his alleged involvement in the attack in Mumbai on 26/11, Khan said that the case was in Supreme Court and that he wanted the law to take its course.

On a question regarding his playboy image of the past, the even flamboyant Khan remarked that his spirituality had not made him an angel and that he was still a ‘humble sinner’ .