Lodhi sacked – despite advice to the contrary

Lodhi sacked – despite advice to the contrary 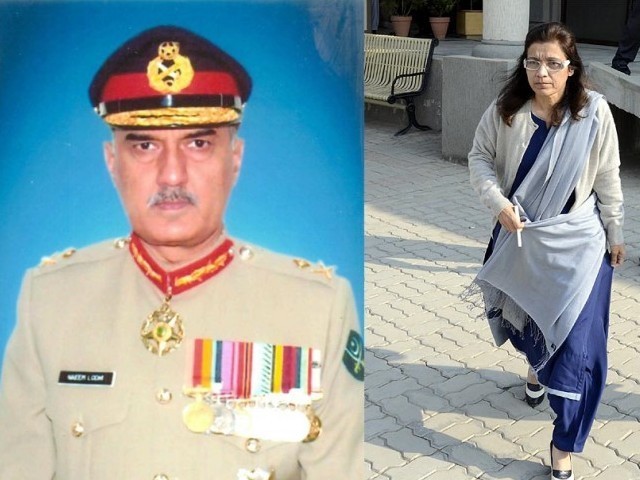 Triggering fears and doubts of what may come next, Prime Minister Yousaf Raza Gilani on Wednesday sacked Defence Secretary Lt Gen (retd) Naeem Khalid Lodhi for “gross misconduct” – a move that appears to be a tipping point for the ongoing crisis between the civilian and military leadership.

But the sacking was not a straightforward affair – and the law division and defence ministry were at loggerheads over the issue. It was the law division’s legal advice to Prime Minister Gilani that resulted in the abrupt sacking.

On the face of it, Lodhi was fired for causing what the government called a “misunderstanding” between the prime minister and the top military brass.

The sacking came moments after the military denounced the prime minister for accusing it of violating the law by directly responding to the Supreme Court in the Memogate case, bypassing the government and its legal wing.

Sources said the law division and defence ministry had a difference in opinion over Lodhi’s move of submitting the statements of army chief Ashfaq Parvez Kayani and ISI chief General Shuja Pasha to the Supreme Court in the Memogate case.

Sources added Lodhi had submitted his written reply to Defence Minister Chaudhary Ahmed Mukhtar, last week, explaining his constitutional position in the submission of the replies before the apex court.

Lodhi stated that his action was neither a violation of the Constitution nor the rules of business. He cited General Ghazi’s case as a precedent in support of his explanation, wherein the latter submitted the reply of the then army chief to the apex court.

“My action of directly submitting the army and ISI chiefs’ reply to the Supreme Court was in line with my duties and authority as defence secretary,” he claimed in his explanatory statement.

However, the prime minister, in turn, forwarded the explanation to the law division for vetting.

In its vetting, the law division sharply disagreed with the defence minister and proposed an exemplary disciplinary action, which included Lodhi’s dismissal as defence secretary.

Charged over the hard-hitting ISPR response over his interview with Chinese media where he termed the army and ISI chiefs’ direct reply to the SC as ‘illegal’, the prime minister put his foot down and sacked Lodhi as defence secretary. Cabinet Secretary Nargis Sethi has been handed over additional charge of the powerful post.

Lodhi’s dismissal has added to the distrust between Gilani’s cornered government and the armed forces, which is now at an alarming level.