Not another coup, please

Not another coup, please 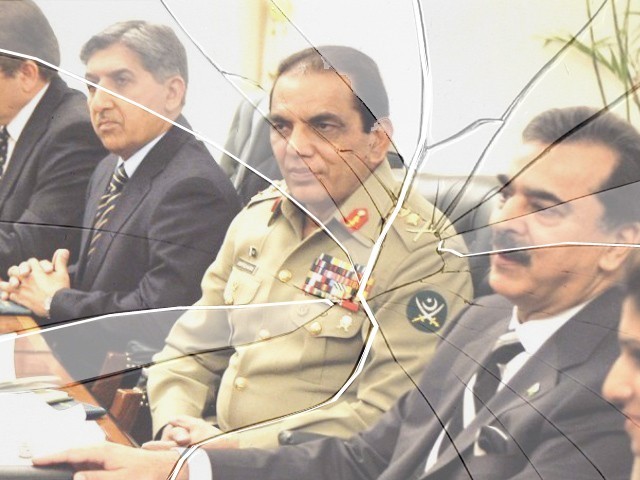 Kayani, Pasha were respondents in Memo scandal and did not go against Constitution by giving statements, says ISPR.

The military statement released by ISPR on its website on January 11 spoke of many things. One point in particular was jarring. To quote: “Allegiance to State and the Constitution is and will always remain prime consideration for the Respondent, who in this case has followed the book.” — the respondents being the army chief and the head of the ISI, in the memogate case before the Supreme Court. The first question that comes to mind as one reads this is that did the military’s actions in 1958, 1977 and 1999 also reflect an “allegiance to State and the Constitution”. Is not a former army chief on record as having said that the Constitution was a mere piece of paper? Hasn’t Pakistan been ruled for over half of its existence by military dictators and did it come out any better during the time they were in charge? Does not the Constitution clearly state that the military is to be subservient to the elected government and that its constitutional mandate is guard the country’s physical boundaries and to act as directed by the executive organ of the state? Yes, the executive organ may not be performing well on its own front, i.e. of delivering good governance to the electorate, but as per the Constitution, the call is not for any other institution to make, and that the only constitutional recourse to getting rid of a government that does not do well is to conduct an election. The electorate can then decide that government’s future and vote it out.

The ISPR statement also said that the “allegations” against the army chief and the head of the ISI made by the prime minister in his interview to the Chinese People’s Daily Online, and circulated by the state-owned news agency APP, could have “very serious ramifications with potentially grievous consequences for the Country”. A plain reading of this would see this as a clear threat to the PPP-led government, that it should fall in line or risk being booted out. No wonder, after the prime minister sacked the defence secretary, for “gross misconduct and illegal action” and after this statement appeared on ISPR’s website, many Pakistanis began to wonder whether a coup was imminent. The fact of the matter is that the prime minister is well within his rights if he wishes to sack the defence secretary, who is one of several federal secretaries serving the government of Pakistan. Though the details of why he has been fired from his job were not made clear, it is assumed that this would have to do with a statement he made some days ago before the Supreme Court in the memogate case where it was said that though the armed forces fell under the defence ministry’s jurisdiction, the ministry had no control over them.

It has to be said that the military’s practice of playing to the gallery by issuing seemingly self-righteous press statements, to assert its independence from the executive, is unfortunate. Such statements were issued to the press in the past as well: to clarify the telephone call that the army chief made to the president when the latter was convalescing recently in Dubai; during the heated debate on the Kerry-Lugar Bill and the clauses contained in it that would have diverted more US aid to Pakistan for civilian needs, and following revelation in a British newspaper that Mansoor Ijaz’s transcripts had suggested that the DG ISI was travelling to Arab states to garner support for a change in the government.

The executive, that is the prime minister, is the elected head of the government and serves at the pleasure of parliament, which in turn means that he serves at the pleasure of the people of Pakistan. This role is not for the military’s to appropriate — or should one use the term ‘usurp’? — to itself, by referring to acting in the national interest. This is to necessarily suggest that an elected civilian government is not in the national interest, certainly not the one which tries to assert itself against the military’s might. One doesn’t like to end editorials, or begin them, with quotes from dead people, but perhaps here it is opportune: You can fool some of the people all of the time, and all of the people some of the time, but you cannot fool all of the people all of the time.