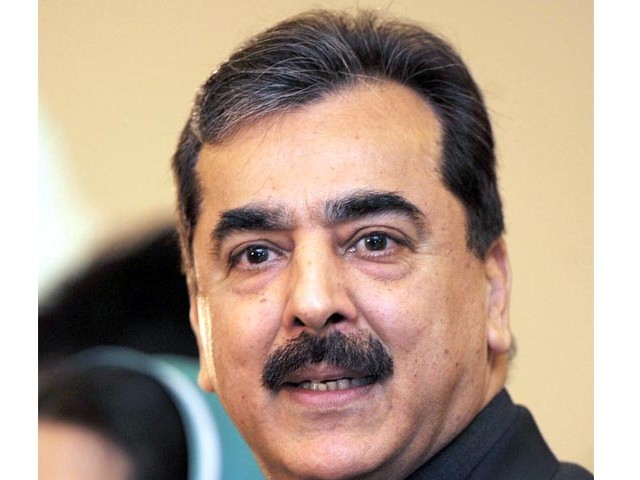 " We have always stood by the army and we have nothing against anyone," PM Yousaf Raza Gilani.

ISLAMABAD: Shooting down any talk of a clash between civil and military forces, Prime Minister Yousaf Raza Gilani has said that the army’s strong-worded statement, in response to his earlier criticism, was released after his consent.

The premier said that he spoke to Chief of Army staff Gen Ashfaq Parvez Kayani over the phone prior to the ISPR’s release of the military reaction.

Prime Minister Gilani elaborated that Gen Kayani contacted him about the army’s desire to issue a clarification on his recent interview with a Chinese daily.

“The army chief issued the statement following my consent,” Gilani said, adding that he did not have any problem with the issuance of a clarification.

The premier added that his interview with the Chinese media was prescheduled and took place before the army chief’s visit to China.

“We have always stood by the army and we have nothing against anyone,” the prime minister said while addressing the media.

Responding to questions over his remarks about the DG ISI and the COAS, Prime Minister Gilani said: “They did not write to the defence ministry and sidestepped the Ministry of Law and Justice and merely sent a copy to the Attorney General. They sent the replies straight to the Registrar.”

Gilani added that his remarks did not reflect personal grudges towards the armed forces but a matter of rules of business that were violated when the DG ISI and the COAS filed replies to the Supreme Court.

The prime minister said that the democratic system will flourish and continue to function in the country and the Senate elections would be held on time. He added that he considers the developments a “diversion” in a bid to stop Senate elections.

He further said that there should be a balance between the institutions in the country.

Responding to queries regarding the sudden dismissal of the defence secretary, Prime Minister Gilani said the secretary was sacked for disciplinary reasons following a detailed inquiry held by government officials.

The prime minister further said that the Supreme Court’s remarks regarding him a ‘dishonest man’ were very hurtful.

He added that he was surprised that the Supreme Court reached to a conclusion without even hearing him first.

Tribune Take: Military statement signifies no coup in the works