Former presid­ent says relati­ons with Israel could be benefi­cial on the global stage.
By Reuters
Published: January 7, 2012
Tweet Email 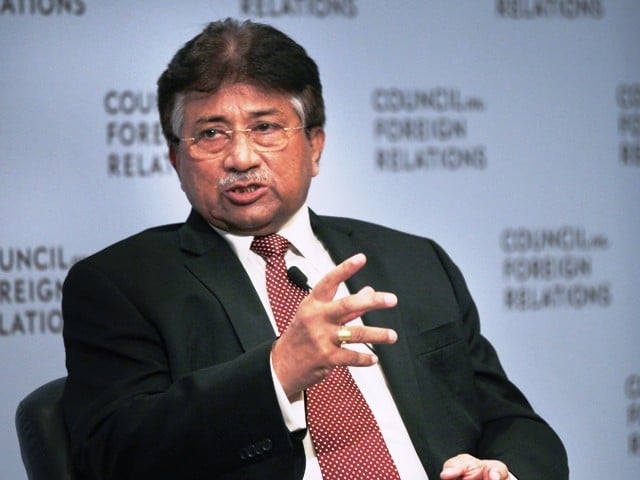 ISLAMABAD: Pakistan should consider establishing ties with Israel, said former president Pervez Musharraf – remarks likely to anger many back home at a time he hopes to return to Pakistan to make a political comeback.

“There is nothing to lose by trying to get on Israel’s good side,” Musharraf told the liberal Israeli newspaper Haaretz in an interview carried on its website.

“Pakistan also needs to keep readjusting its diplomatic stand toward Israel based on the mere fact that it exists and is not going away.”

That kind of talk could comfort Israel, which is increasingly nervous because conservative groups opposed to the Jewish state have been making political gains in surrounding Arab states following revolts that brought down autocrats in the region.

Speaking in favour of relations with Israel could also make Musharraf more unpopular among militants who made several attempts on his life with bombings because of his support for the US “war on terror” following the 9/11 attacks.

Pakistan has been a staunch supporter of demands for a Palestinian state. Pakistan and Israel, however, have maintained covert contacts for decades, officials have said.

According to an October 2009 US diplomatic cable published by WikiLeaks, the head of the Inter-Services Intelligence (ISI) said he had contacted Israel officials to head off potential attacks on Israeli targets in India. A senior ISI official said the agency has never established any contacts not authorised by the government and which were not in the interests of Pakistan.

Musharraf said Israel’s influence in the United States and its relations with India can help Pakistan gain influence abroad. The first public talks between Israel and Pakistan were held in 2005. They were described as a “huge breakthrough” by then Israeli Foreign Minister Silvan Shalom, but sparked fury among conservatives in Pakistan.

“I felt I needed to test the waters when it comes to Israel,” Musharraf said. “We have been anti-Israel in Pakistan because of Palestine … But I believe in realism and in assessing ground realities.”