The Tashkent Declaration: Broken promises of a grandiose structure

The Tashkent Declaration: Broken promises of a grandiose structure 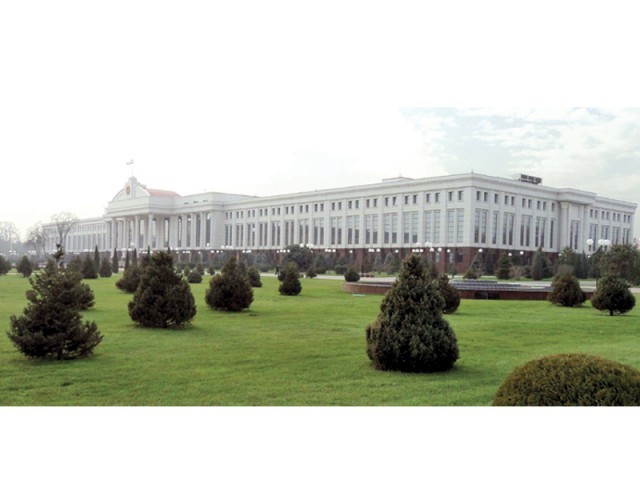 Having hosted the historical Tashkent Declaration, a peace agreement between India and Pakistan on January 10, 1966, the Senate House of Uzbekistan still presents a majestic view.

The grandiose building stands tall but the oaths and promises sworn at the declaration stand no longer.

It was all shattered into pieces years later when the neighbours engaged in a second war in 1971, leading to the accession of East Pakistan and along the way ignoring the pledges made in this city.

The peace agreement was moderated by the former Soviet Union after India and Pakistan engaged in war in 1965.

The meeting began on January 4, 1966, and was chaired by then USSR premier Alexei Kosygin with then president Ayub Khan from Pakistan and Indian prime minister Lal Bahdur Shastri.

Opening the peace talks, the chairman of the ministers’ council, Kosygin, said in his address: “Dear Mr president and dear Mr prime minister, we are glad to meet you, the outstanding leaders of the Asiatic countries, India and Pakistan, at Tashkent, the capital of Uzbek Socialistic Republic.

“Our people feel a sincere respect and friendship to the people of these countries. With complete satisfaction the Soviet government has got an agreement from the president of Pakistan and prime minister of India to meet in Tashkent and establish the direct contacts for better cooperation, for putting the end to the conflict between India and Pakistan.”

After Kosygin’s address the Indian prime minister Shastry said: “It is with great pleasure that I express our gratitude for the great hospitality and care that we feel. The warm reception by the Tashkent people is very moving. We immediately accepted your invitation to take part in the Tashkent meeting. We were guided by the noble aim of establishing peace, no doubt. The peace is vitally necessary for India and for Pakistan. We shall be able to open a new chapter in the history of the Indian-Pakistan relationship.”

In response to Shastry’s address, Ayub Khan said: “My delegation and I were deeply moved by the warm and spontaneous reception of the people that are living in this historical and beautiful Uzbek Republic capital. We have many similar traditions and culture and share many memories of the great past with the people of this region. It is remarkable that this city was chosen as a place for hosting this historical conference. Here we are hoping to find a new direction for our future which will be based on comprehension, good will and cooperation. Tashkent is recalling the past and at the same time is denoting the future.”