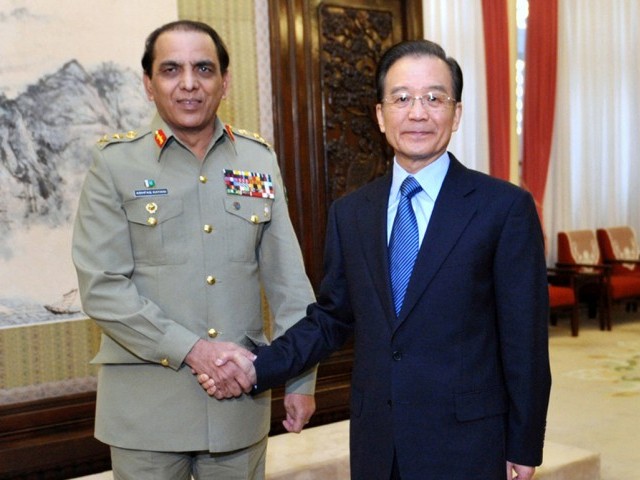 BEIJING: China and Pakistan on Thursday pledged to strengthen their military ties and step up defense cooperation to a “new level” during a meeting between Army Chief General Ashfaq Parvez Kayani and top Chinese military officials in Beijing.

“China values its traditional friendship with Pakistan,” Liang said, adding that Beijing hopes to develop “pragmatic and effective cooperation with Pakistan in national defense arena. He said bilateral “all-weather friendship” held between China and Pakistan is a strategic choice and is in accordance with fundamental interests of both nations. China hopes to safeguard regional peace and stability with Pakistan and contribute to the security and development of two countries, he added.

General Kayani said Pakistan attaches great importance to its relationship with China, adding that both countries have extensive common interests in both international and regional affairs, Xinhua said.

The two sides have cooperation in defense security consultation, military drills, personal training, college exchanges, equipment construction as well as non traditional security, Hong said. China would like to enhance strategic communication with Pakistan side and consolidate the foundation so as to advance bilateral relations, he stated.