'Pakistan would have been prosperous if Zardari had accepted my agenda'

'Pakistan would have been prosperous if Zardari had accepted my agenda'

Nawaz says Pakist­an would have been prospe­rous today if Zardar­i had accept­ed his agenda.
By Madiha Saeed
Published: January 2, 2012
Tweet Email 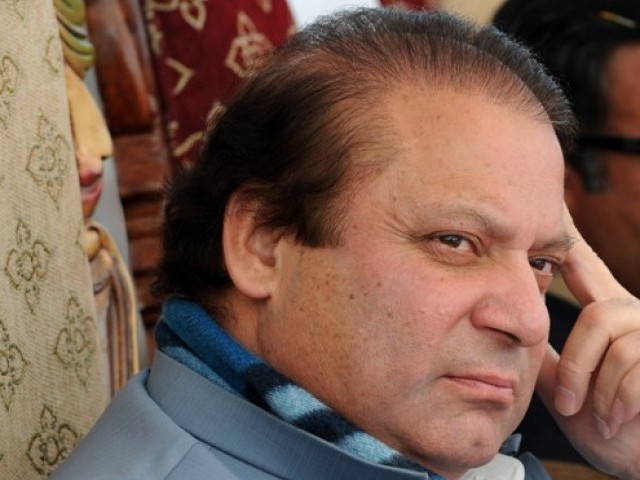 Nawaz says Pakistan would have been prosperous today if Zardari had accepted his agenda. PHOTO: Express

KARACHI: PML-N chief Nawaz Sharif, while addressing a large gathering of supporters in Karachi, said that if Zardri had accepted the agenda of the Charter of Democracy, it would have worked wonders for the country’s prosperity.

The nation is very worried about the current government’s actions, he said. If PPP had accepted that agenda, the state of the country would have been much more prosperous, and nothing could have made him happier than a flourishing Pakistan, Nawaz added.

The PML-N chief also added that if by following the aforementioned agenda, Zardari succeeded in improving the condition of Pakistan, and was elected into office again, that would make Nawaz Sharif the happiest person in the country since his only priority was a prosperous Pakistan.

He said that Pakistan was an extremely blessed country and had everything from coal and water to agricultural resources. The real problem of the country was that nobody had attempted to run it accurately in the past 64 years, he added.

Sharif  said that the world had gone to new heights like stepping on the moon in the past 64 years, but Pakistan was still stuck with problems like lack of clean water. Talking about the recent flood crises, he said that he had personally visited the affected areas and witnessed people living without camps, their homes and livestock destroyed in the catastrophe. The PML- N chief vowed that he would change the condition of the people of Sindh and eradicate poverty and starvation from the province.

Nawaz Sharif posed a question to the politicians of Sindh, asking them what was it that they were doing for the very same people who had voted for them. Nawaz said that the poor and troubled of the province were drowning in the floods, unable to feed themselves and their children, but their elected leaders were not coming to their rescue.

The PML-N chief said that nothing was more important to him than employment for the youngsters of Pakistan. He roused the crowd by asking them if Pakistan should still have poverty, load shedding and unemployment after 64 years of independence. The crowd responded by chanting ‘No, No’.

Nawaz reminded the people of Sindh how his party, when in power, had eradicated robbery and kidnappings from Sindh and set up an army court in the civilian set up. He further added that seeking the army’s assistance under a democratic supervision was completely justified as its purpose was to protect the citizens and bring peace in the city.

Nawaz Sharif stressed that the most important thing for the people of Pakistan at the moment was security and peace within the country. He said things needed to change in the country so that people stopped living in a constant state of fright.

The PML-N chief said that he was planning on establishing schools for the underprivileged in every part of the country, similar to the ones being run by Shahbaz Sharif in Punjab. These schools provide free education, along with books, uniform and laptop to the poor children of the rural areas.

Nawaz stressed several times that his agenda was to bring prosperity to Pakistan, and if Zardari government could succeed in doing that, the PML-N chieif wouldn’t care if he came into power.

Talking about his party’s achievements, Nawaz  said that PML-N was the only party that had done something substantial for the country till now. He said that many new parties had sprung up, ones which also talked about ‘bringing change’, but PML-N already brought the change they were talking about when it was in power.

Sharif further added that his party talks on the basis of their track record. They had always worked towards making the people of Pakistan proud of their country, and the biggest example of that was when Pakistan carried out nuclear tests in retaliation to India under Nawaz’s regime. He appealed to the people of Sindh to help PML-N win a majority in Sindh. He mentioned how the party had always received the lowest votes from Sindh, but this time he was expecting results contrary to this.

The PML-N chief arrived in Karachi today to attend the party elections for the Sindh Council.

Earlier, while talking to the media, Nawaz said that his party believed in democracy and that today’s elections were also based on the democratic stance of the party.

Sharif also said that it saddened him that an agreement between PML-N and PPP couldn’t be worked out when they wanted to. If that would have worked out, it would have helped in wiping out corruption, along with other problems, from Pakistan.

Talking about Karachi, he said that the people of Karachi were not happy with the current situation in the country. He further added that all the political parties present in Karachi owe an explanation to the Karachiites about what they are doing for Pakistan.

Commenting on the Hazara province, he said that PML-N was in favor of the formation of the province, but would not approve dividing other provinces in the country, like Sindh for instance.

Later today Nawaz Sharif is expected to visit the residence of famous Ghazal singer Mehdi Hasan and legendary comedian Lehri and inquire about their health.