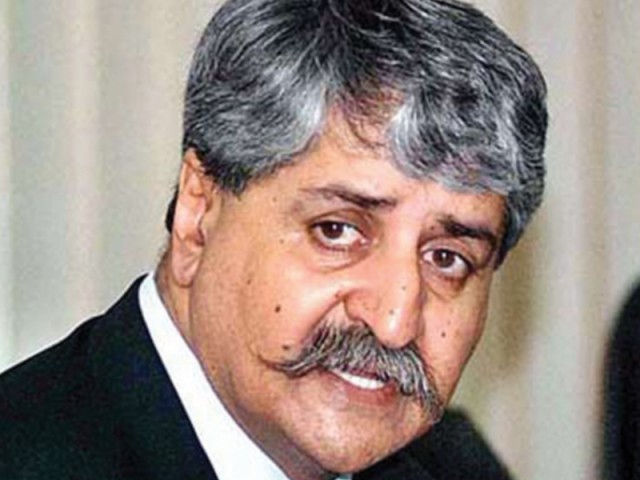 Naveed Qamar revealed that entities owned by or part of the federal government owe about Rs70 billion in unpaid electricity bills, in addition to the Rs155 billion owed by provincial government entities. PHOTO: FILE

ISLAMABAD: Minister for Water and Power Syed Naveed Qamar said on Friday that the government has devised a comprehensive strategy to enhance power production and overcome electricity crisis, including imports and construction of small power generating systems using hydro electricity and other alternative energy sources.

Responding to a number of questions in the National Assembly, Naveed Qamar said 35MW of power from Iran would be added to the system soon. Iran had agreed to give 100MW more power to Pakistan by December 2012.

He said 10 projects of wind energy were in different stages of completion in the country. A 50MW wind energy power production project had been started in Jhampir and eight more having the capacity to produce 550MW power would be initiated by June 2012.

The Minister said that another project which will produce 100MW is expected to come on line by 2013.

Three hydro power production projects including a 56.2MW project in Khyber Pakhtunkhwa, five in Punjab with 24.04MW capacity and a 30MW project are under different stages of completion in Gilgit-Baltistan, he said.

So far eight letters of interest have been issued to IPPs for producing 211MW using solar power, he said.

He said the Punjab government would also produce 5MW using solar power. PC-1 of electrifying 300 villages through solar energy is ready while 49 villages, 3000 houses of Sindh would also be provided solar power, he added.

Feasibility study of 1000MW power import from Iran has been completed while 1000MW power will also be imported from Tajikistan through Afghanistan, he said.

The net monthly increase in monthly fuel price adjustment remained Rs 0.14 kwh while an average increase in tariff for 2010-11 remained Rs1.07 kwh in the country. The reason cited by the Minister was an international increase in oil prices, generation cost and appreciation of the US dollar.

Doctorate: PU to award PhD in geography after 35 years