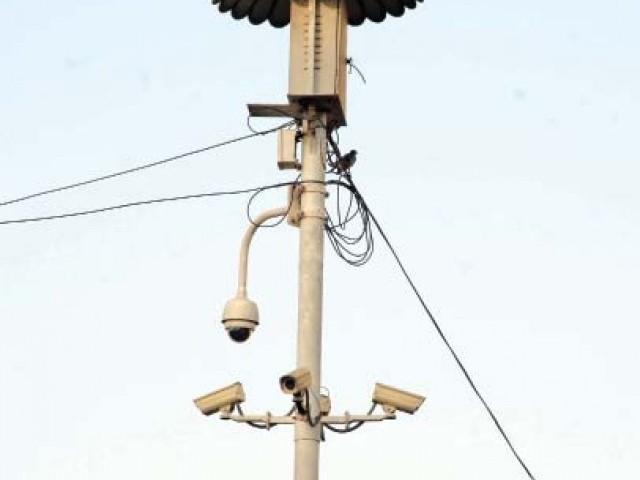 Environment at lower courts marred by fear and insecurity in 2011.

A series of shootings, assaults and riots demonstrated the complete lack of security at the subordinate courts in 2011. The courts also handled several high profile cases, including the notorious release of Raymond Davis.

Two brothers accused of murder were gunned down in the dock during a hearing in an additional district and sessions judge’s courtroom in March. The shooter escaped via the judge’s retiring room and has still not been caught. The Lahore Bar Association organised a boycott to press the government to improve security after the incident.

Over a hundred people from rival cable television providers engaged in running clashes at the Sessions Court in September, judges and lawyers hiding in their chambers and bystanders left cowering as the youths beat each other all over the premises. Islampura police registered an FIR against 100 unidentified men.

A special judicial magistrate at the District Courts was accosted by a large mob that vandalised his office and sought to thrash him because they were unhappy with his ruling. The mob was made up of a couple who claimed that their daughter had been abducted, but who swore under oath that she had left her parents to marry a man of her choice. Two heroic junior staffers were able to keep the judge from the clutches of the mob of at least 40 people.

Three men accused of murder and dacoity attacked a judicial magistrate during a hearing at the District Courts. The suspects, produced in court in handcuffs, charged at the judge armed with razors. Magistrate Kaleem Aslam Awan took refuge in a bathroom and escaped with no physical injuries.

Two men accused of murder attacked a policeman with a paper-cutter at the District Court bakhshi khana as he opened the door to lead them to a hearing. He received injuries on both hands. Prisoner Hasrat Khan tried to hang himself in the bakhshi khana at the Model Town courts, but was saved by fellow prisoners. His production before a magistrate had been thrice delayed because, he said, the police were demanding bribes to take him to the courtroom.

Several prisoners fled custody at the courts. Ameen alias Meena, a suspect in seven murder cases, ran away in handcuffs in broad daylight from the Sessions Court in January. Two months later, an accused in a dacoity and murder case managed to free himself from his handcuffs and slip out of a courtroom during a hearing. The police did not even notice till the end of the hearing when they did a count and found one prisoner missing. A former station house officer of South Cantt police fled on foot from an additional district and sessions judge’s courtroom after being sentenced to six months in jail for violating court orders.

Many of the incidents at the Sessions Court were caught on CCTV, despite the repeated crashes in the surveillance system. Cameras have been put up all over the premises, but in summer the feed to television monitors often froze because the system overheated in a room with no cooling system. Some cameras crashed because lawyers had quietly connected their power supplies to their own chambers to keep the fans running during power outages. Others just broke down because of lack of maintenance.

The most famous case handled by the subordinate courts was the release of Raymond Davis from murder charges after the families of two men the CIA contractor gunned down at Qurtaba Chowk, Mozang, agreed to pardon him in exchange for compensation. The district and sessions judge also acquitted Moonis Elahi from involvement in the National Insurance Corporation Limited (NICL) scam.

Actresses Veena Malik and Meera faced several challenges via the subordinate courts. Two petitions seeking criminal action against Malik over her infamous photo shoot for an Indian magazine deemed obscene in Pakistan were dismissed. A petitioner accusing Malik of thrashing him and his wife and not paying their salaries as domestic staff for three months was directed to approach a civil court. A family court rejected an application by a man claiming to be Meera’s husband that she undergo a virginity ‘test’.

Two petitions were moved against disgraced cricketers Muhammad Asif, Salman Butt and Muhammad Amir and referred to the police.

Several high profile cases, including petitions pertaining to the alleged murder of actress Sapna Khan by her ex-husband former chief minister Dost Muhammad Khosa; petitions pertaining to the division of the estate of Salmaan Taseer, the slain Punjab governor; the trial of Naveed Iqbal, step-brother of Justice Javed Iqbal of the Supreme Court, for the murder of their parents; the trial of four police officers including a DSP for the extra-judicial killing of a robbery suspect in Nishtar Colony; the trial of several suspects in the attack on the Sri Lankan cricket team; the trial of an illegal kidney transplant gang, including some notable doctors; the Bank of Punjab scam; and the trial of financial fraudster Syed Sibtul Hassan Shah, better known as Double Shah, were ongoing.

Disputes within families formed the basis of some of the most interesting and heart-wrenching cases at the subordinate courts. Additional District and Sessions Judge Muhammad Tahir Khan Niazi sentenced a father of six to death after finding him guilty of raping his teenage daughter, a student in class 10.

Another additional district and sessions judge heard a petition from a man seeking a case against his brother for contracting a civil partnership with another man in the UK. The judge referred the ‘gay marriage’ case to the police, who suggested that the motive for the complaint was inheritance.

But it was not all doom and gloom at the courts. One of the most memorable incidents of the year was a murder convict’s wedding to his childhood sweetheart at the District Court. Fellow prisoners, lawyers and cops all watched as lifer Zohaib Butt married Saima Riaz. They said it was a protest against his unmerited conviction.