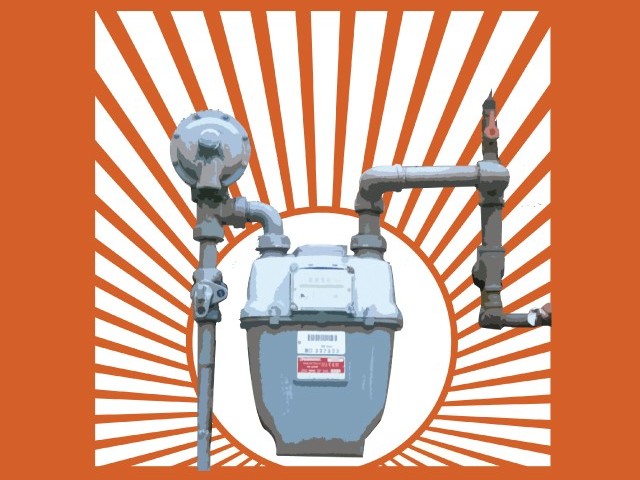 When in a hole, the first rule is to stop digging. As the gas shortage continues to worsen, the petroleum ministry is moving to reverse the damage caused by the government’s revisions to the gas supply policy, which has put enormous stress on the existing gas supply infrastructure, raised consumer prices and strained the financial position of the state-owned gas supply companies.

Soon after the current administration came into office in 2008, it revised the policy under which new gas connections to towns and villages previously unconnected with the grid would be supplied. This new policy resulted in Rs28 billion in infrastructure spending by Sui Northern Gas Pipelines and Sui Southern Gas Company – about 254% or Rs20 billion higher than what would have occurred under the old policy.

Sources told The Express Tribune that this new policy is one of the main reasons behind the 28% increase in consumer gas prices since the current government came into office.

On Tuesday, the petroleum ministry sent a request to the Economic Coordination Committee (ECC) of the cabinet, asking them to either restore the previous formula, or else provide the gas companies with a soft loan for the entirety of their infrastructure spending, with a 5% interest rate (compared to the 13% market benchmark interest rates.) The request also calls for the spending to be limited to projects that are deemed feasible.

Petroleum Minister Asim Hussain confirmed this report, saying that the existing gas supply policy had proved to be too costly.

The revision of the criteria was done by increasing the amount of money that was deemed to be the maximum feasible cost for a given pipeline project.

“Following the revised criteria, since 2008 SNGP spent Rs17.2 billion and SSGC spent Rs2.8 billion more than they would have under the old criteria on the supply of gas to new towns and villages,” said one source who wished to remain anonymous.

The petroleum ministry has said that international financial institutions are willing to finance many of these projects, but at high interest rates of between 14% and 16%.