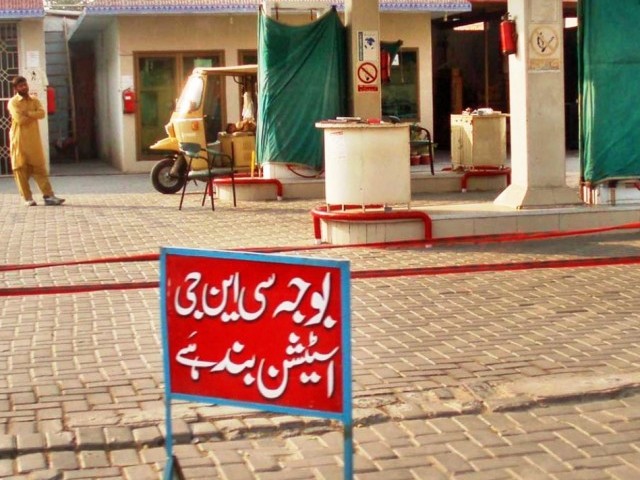 The government earlier this week announced to shut down CNG stations in Punjab for two months. PHOTO: ONLINE/FILE

Following steps taken in Punjab, the government is now considering a month-long closure of CNG stations in Sindh during January due to the chronic gas shortage, said Federal Minister for Petroleum and Natural Resources Dr Asim Hussain on Saturday.

The government earlier this week announced to shut down CNG stations in Punjab for two months. CNG sales account for 11% of natural gas consumption in Pakistan, according to the government.

“The decision is not yet final and the proposal is still being deliberated upon,” the minister told journalists at  Ziauddin Hospital. The government will give preference to domestic users of gas, and then the CNG sector, he said.

We can also increase load management in industrial captive power plants if we face difficulties in giving proper amount of gas to domestic consumers, he added.

“CNG stations are also involved in gas theft, and we do not doubt that they have a share in unaccounted-for gas (UFG), a problem including gas leakages and gas measurements,” Hussain said.

Dr Asim Hussain said the government was forced to make tough decisions due to unrealistic policies adopted by the previous government.

Dr Asim reiterated that the Ministry of Petroleum and Natural Resources was looking into all aspects that may help alleviate possible difficulties to be faced by the people.