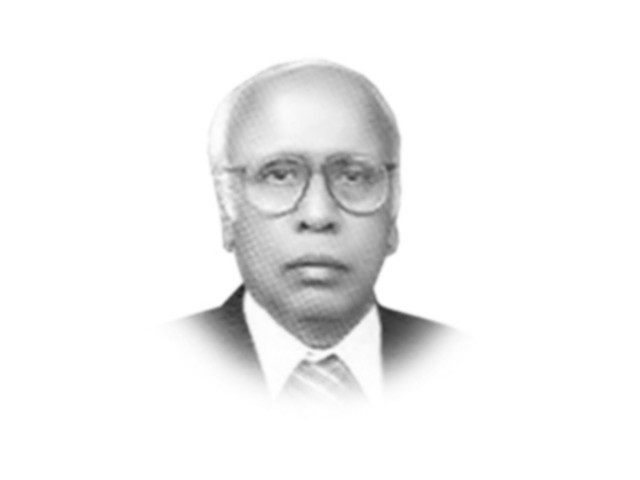 The writer is a former ambassador tayyab.siddiqui@tribune.com.pk

The economic crisis that Pakistan has faced since 2008 is without precedent. The treasury has largely been empty and the economy heading towards total collapse. Feverish contacts to bail out Pakistan from the dire situation, failed to draw any tangible response. Pakistan had expected that its SOS would send friends rushing to help Pakistan. Zardari had expected $10 billion, not as loans but in aid or grants. This was not to happen.

The United States inspired the idea of Friends of Democratic Pakistan (FoDP) and a meeting was held in New York on September 26, 2008 co-chaired by Obama and Zardari. The FoDP was perceived as an effective forum to address security and development challenges and not just a forum to pledge aid to Pakistan. Instead of direct cash flow to overcome budgetary deficit the group decided to help build the capacity of national and local institutions.

The group is made of 29 countries. Keen to help Pakistan particularly in appreciation of its critical role in the war against terror. It, however, insisted that Pakistan follow tough reforms to get its economy back on track, improve revenue collection, cut subsidies and expand export industries. The members have held four sessions beginning with Tokyo in April 2009.  Last week, a meeting was held in Islamabad chaired by Foreign Minister Shah Mahmood Qureshi to take stock of the situation and fast track the disbursement of the amount pledged in Tokyo.

The first FoDP summit in New York agreed to support Pakistan’s efforts in formulating a sustainable integrated energy plan, the overall objective being to support Pakistan’s social economic development. The summit recognised the effort of FoDP as a forum to express the international solidarity with the Pakistani nation and its aspirations to build a stable, democratic and prosperous nation.

In the Tokyo meeting of April 2009, Pakistan was promised a total of $5.28 billion to be disbursed over a period of two to four years, focusing on upgrading social and physical infrastructure for energy projects. The pledging conference however, did not clarify as to how and when the funds will be made available and at what terms.

Last week, the FoDP met in Islamabad to access different development project and evaluate Pakistan’s needs and demands. Representatives from 19 countries participated in the meeting. Pakistan submitted a wish list of projects worth $30 million to be implemented over the next 10 years, covering hydroelectric projects, roads and infrastructure to improve security along the Afghan border. However, it is sad that till date nothing tangible has happened. The next ministerial meeting of the group is scheduled in October in Brussels. While Pakistan’s approach towards economic recovery and a vision for the future has been greatly admired, it is imperative that the aid process be accelerated.  A stitch in time saves nine.

In search of enlightenment