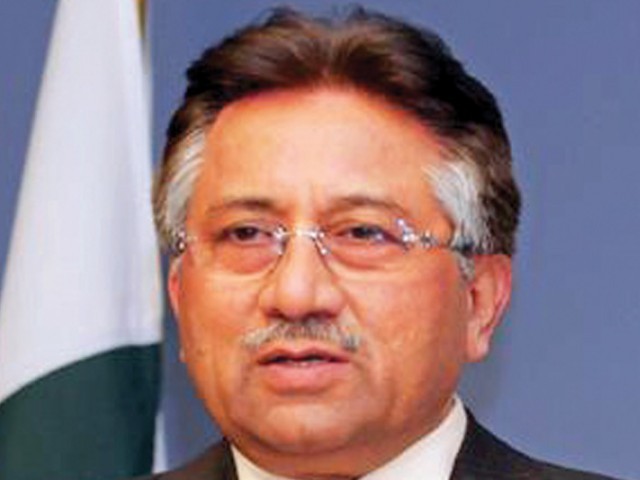 APML President asserts that the ISI and the Army guarantee Pakistan’s solidarity and sovereignty. PHOTO: EXPRESS/FILE

LAHORE: Former president Pervez Musharraf announced on Sunday that he would return to Pakistan in January 2012. Musharraf said, via a videoconference in Lahore from London, that the solution to current challenges did not lie in undemocratic initiatives. Dragging the military into politics would be fatal for the country, he warned.

His All Pakistan Muslim League had arranged a public gathering at Nasser Bagh and party workers from across the country participated.

Musharraf said that the ISI and Army were a guarantee of Pakistan’s solidarity and sovereignty, adding that some elements were conspiring to use the ‘memo matter’ to defame the ISI and the Army.

Musharraf said that both leading political parties had been in power but delivered nothing.

The former president urged the people to cast their votes for capable leaders ignoring affiliations of caste and creed and clear of linguistic, religious and provincial prejudices.

Endorsing the demand of PTI chief Imran Khan, Musharraf said, all politicians should disclose details of assets, adding, “I will announce the details of my assets on my arrival in Pakistan.”

He also said that Pakistan faced enormous crisis’s due to incompetent leaders. No institution could steer the country out of the current quagmire on its own, he said.

“I led Pakistan towards prosperity and stabilised the economy during my regime. I also improved the image of the country worldwide. I will soon be among my countrymen. Those making all kinds of allegations against me will be unable to prove a single allegation of corruption against me,” he added.