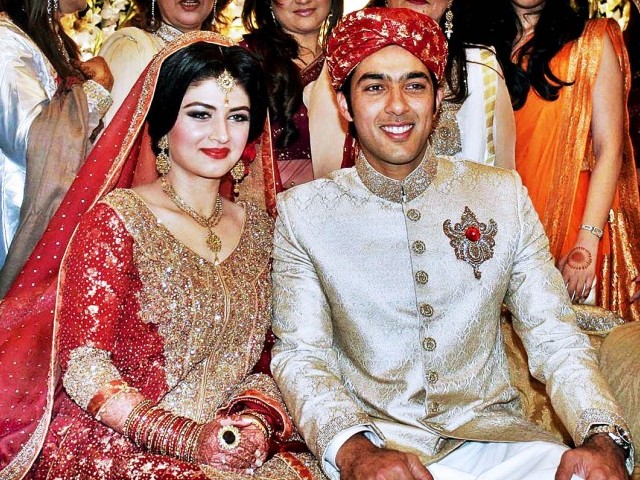 Aisamul Haq Qureshi poses along with his wife after their wedding ceremony on Saturday evening. PHOTO: APP

Qureshi, decked out in a trendy white sherwani with a red jewel on his chest, signed off on the legal documents among family and friends before being joined by his wife on stage at the Garrison Club.

Akmal, a British citizen, wore a red dress with golden encrustations. She had recently acquired a masters degree in psychotherapy from the University of Greenwich, UK.