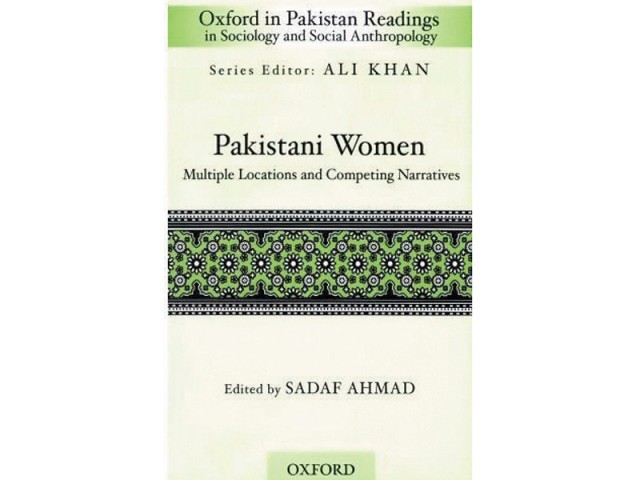 The theoretical and ethnographic studies included in this volume make meaningful contributions to authentic knowledge.

Scholarship on Pakistani women often ends up portraying them as a homogenous, powerless group living under the oppression of patriarchal and religious hegemony. The complexity, socio-economic context and the ‘lived’ reality of their experiences is often ignored. While this approach neatly dovetails with the grand western narratives of Third World women, the women themselves are reduced to cardboard cutouts of their real selves.

Pakistani Women: Multiple Locations and Competing Narratives attempts to break the mould — academics and activists go beyond the documented lives of Pakistani women in a collection of ten essays. From home-based workers to travelling singers and actresses and housewives, scholars present the fascinating heterogeneity of women of Pakistani origin. From the walled city of Lahore to the villages of Punjab and Sindh, from East London to the North of Pakistan, these essays deconstruct power structures, examine traditional roles, and underscore critical differences among women in different communities.

Of particular interest is the discussion by Aminah Jamal and Shahnaz Khan on the zina ordinance and how a patriarchal society shapes ideals of feminine behaviour as symbols of a nation’s honour.

Summing it all neatly is Shahla Haeri concluding essay which incisively explains why Pakistani women, along with other Muslim women, have been represented the way they have been in history, media and western academia.

The theoretical and ethnographic studies included in this volume make meaningful contributions to authentic knowledge about Pakistani women, and will certainly help in changing the stereotypical image represented in much of western feminist discourse and popular media.  The feminist practice at producing knowledge locally on the levels of theory, pedagogy and textual creativity is a huge step forward and will help redefine the concept of a Pakistani woman.