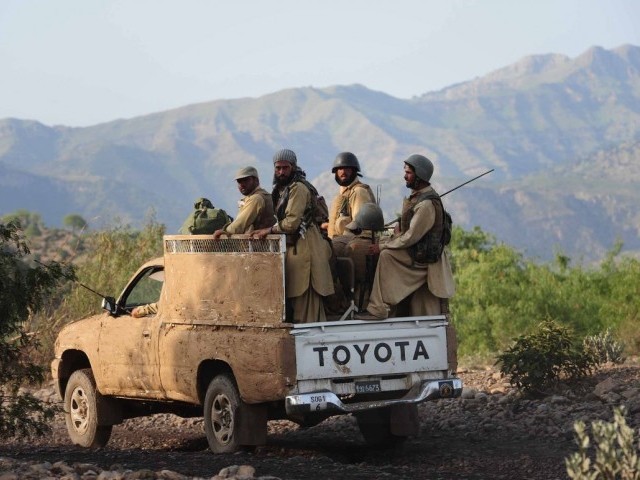 Officials of the Pakistan army have cancelled all official tours to US and NATO allied countries. PHOTO: AFP/FILE

ISLAMABAD: Members of the Ministry of Defence and the armed forces have cancelled all their trips, scheduled or otherwise, to US and NATO member countries following the NATO air strike that killed 24 Pakistani soldiers a week ago.

Director General Joint Staff Headquarters, Lt. General Muhammad Asif was due to lead a 15 man delegation to America on a scheduled trip. A source close to the Lt. General said that the group was due to depart for the trip in the first week of December. However, following the NATO air strike, the trip has been cancelled.

Pakistan’s relations with the US and NATO have turned cold following an “unprovoked” NATO attack on a Pakistani check post on the Pak-Afghan border which left at least 24 soldiers dead and 12 injured. Pakistan says that the attack was unprovoked, and NATO continued their attack even as Pakistani forces requested them to stop.

On Friday, US said that Pakistan had elected out of a joint investigation into the attack. Pakistan also pulled out of the NATO sponsored Bonn Conference due to begin on Monday.

On Thursday, a letter from Chief of the Army Staff, General Ashfaq Parvez Kayani gave authority to field commanders to defend themselves in the event NATO forces attack, to even fire back.