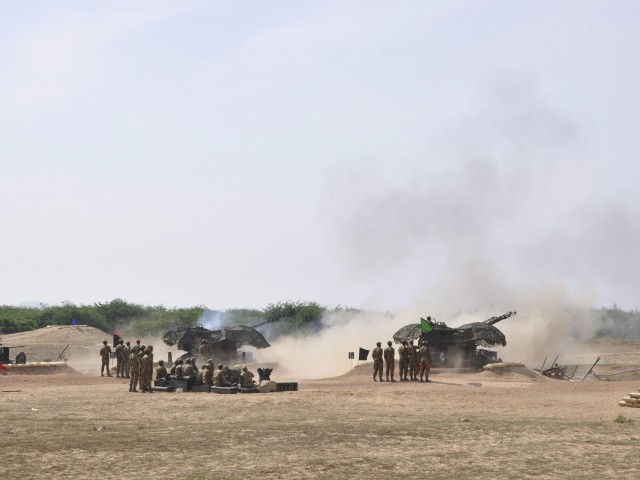 " The focus of forces at the Afghan border was to take action against militants … but now they will also be keeping an eye on future Nato strikes," Brig (retd) Mehmood Shah.

In a development that pushes US-Pakistan relations further into the realm of uncertainty, the army has authorised its local commanders deployed near the Afghan border to retaliate to any future incursions by Nato forces.

The decision to review the chain of command of security forces stationed at the western border was taken by the army chief, General Ashfaq Parvez Kayani, after consultations with his top commanders in the wake of Nato strikes at the weekend, said a military official.

The change means that from here on in the US-led Nato forces in Afghanistan will also be treated as a potential threat, commented former Federal Administered Tribal Areas secretary Brig (retd) Mehmood Shah.

“Until now the focus of security forces at the Afghan border was to take action against militants and stop cross border infiltration but now they will also be keeping an eye on future Nato strikes,” Brig Shah added.

Defence analyst Lt General (Retd) Abdul Qayum was of the view that local commanders will now not have to seek approval from their chain of command to return fire at the Nato fighter planes if they carry out “hostile manoeuvres on our soil.”

The fresh directives have been conveyed by General Kayani in a letter circulated among the concerned military quarters.

Another military official disclosed that a proposal is under consideration to re-equip the troops along the border with Afghanistan to stop any future violation of Pakistan’s sovereignty.

If Nato forces refuse to give firm guarantees to stop incursions, the security forces may be deployed on the eastern border (Indian border) where they will have necessary airpower to thwart any misadventure, the official added.

However, the latest move is being seen by many as an attempt by the military brass to pacify the growing anger among the lower-cadre of the army over the Nato strikes and also use it as pressure tactic.

Meanwhile, Pakistan has not completely shut the door to the international conference on the Afghanistan endgame next week in Germany, though Prime Minister Yousaf Raza Gilani on Thursday reiterated that the decision to boycott the Bonn moot was irreversible.

Consultations on whether to send an ambassador-level delegation to Bonn are still ongoing and the final decision is expected today when the bipartisan and bicameral parliamentary committee on national security meets to discuss the fallout of the airstrikes.

The 17-member committee, headed by Senator Raza Rabbani, has been tasked with the responsibility of offering its recommendations concerning the government’s response to the Nato attack.

The key agenda item before the committee is to ponder the government’s decision of staying away from the Bonn conference in protest, said a government official. He said that though the decision not to send Foreign Minister Hina Rabbani Khar was final, the chance that Pakistan might send a delegation at ambassador level was very much alive.

Diplomatic authorities are reviewing the earlier decision of boycotting the conference altogether after the US, host Germany and Afghanistan urged Pakistan to soften its stance. The foreign ministry is believed to have backed the idea of sending a delegation headed by the ambassador at the international gathering, to be attended by 90 countries as well as representatives of the United Nations, to draw up a roadmap for Afghanistan.

Prime Minister Yousaf Raza Gilani will brief the parliamentary panel about the decision taken by the defence committee of the cabinet in response to the Nato attack.

(Read: Nato attack – the boycott and beyond)