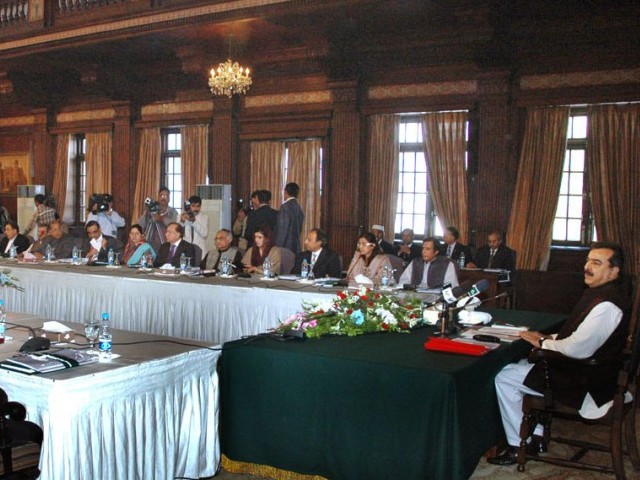 Pakistan has already agreed to the draft of the Bonn conference, even though it is boycotting the key international gathering to be held in the German city from December 5.

However, Islamabad’s decision to stay away from the conference, which has been a year in the planning, is being seen as a setback to international efforts that seek to stabilise the war-torn country before Western forces pull out from Afghanistan by 2014.

A senior government official, who was supposed to be part of the Pakistani delegation at the conference, said Islamabad’s absence will only have a symbolic value. “We have already agreed to the draft of the Bonn conference,” said the official, who asked to remain anonymous. He maintained that Pakistan initially voiced concerns on certain points of the proposed draft but those reservations had been addressed.

Without going into details, the official pointed out that the government’s main area of concern was that the conference not be used as a forum to point fingers at Pakistan. “We have been assured that no such thing would be part of the final draft,” he said.

Pakistan’s decision will also not be a major setback because few tangible results were expected at Bonn, despite the attendance of US Secretary of State Hillary Clinton and other government ministers.

The conference was organised with the expectation that Washington and Kabul would have pinned down by then what their strategic relationship would look like after the departure of foreign combat troops, but talks on this have dragged on inconclusively.

Sources have said that senior foreign ministry officials were in favour of attending the Bonn conference. The officials were of the view that Pakistan must attend the conference at least at the ambassador-level, sources added.

Foreign Minister Hina Rabbani Khar was to lead the Pakistani delegation at the conference to be attended by 90 countries as well as representatives from the United Nations to finalise a roadmap for post-war Afghanistan. “We should have attended the conference and used it to convey our concerns on the Nato attacks,” said a foreign office official while speaking on condition of anonymity.

It is believed that the security establishment has pushed for the boycott after the inadequate response from the US over the Nato air raid. The decision to boycott the Bonn conference was originally taken in the emergency meeting of the cabinet committee of defence just hours after the Nato attack. However, the announcement was delayed for a couple of days in the hope that Washington might come up with a convincing response to pacify the anger.