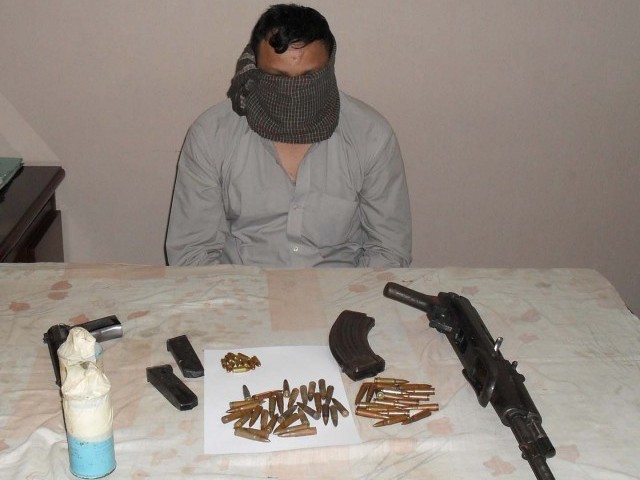 The accused has confessed to killing over 30 people. PHOTO: NNI

Target killer and ‘underworld don’, Ghulam Patni, was remanded into the custody of the Crime Investigation Department till December 9.

Patni was allegedly involved in several murder and attempted murder cases, including a conspiracy to kill former Sindh home minister Zulfiqar Mirza. The accused has confessed to killing over 30 people. He was a hired assassin who killed bookies, members of rival political parties and was running an extortion network with 50 associates. The remand request mentioned that his accomplices should be arrested.

The administrative judge of the Anti-Terrorism Court, Justice Faisal Arab, sent him into police custody for one week.

The police claim to have recovered three suicide jackets, six hand grenades, 30 kilogrammes of explosives and arms from them. The police suspect that they were planning attacks on Ashura.