If the memo’s authen­ticity is proven, Ijaz will be the first one to be prosec­uted, not Haqqan­i.
Published: November 28, 2011
Tweet Email 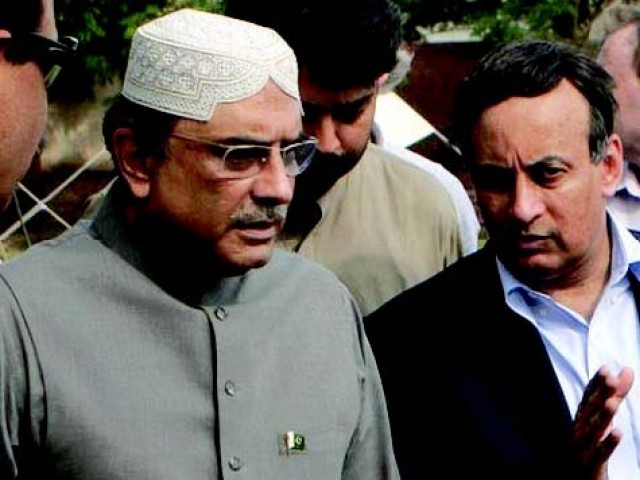 Mansoor Ijaz had claimed earlier that the memo was sent with the blessings of President Asif Ali Zardari. PHOTO: FILE

The Federal Investigation Agency cannot register an inquiry or case of high treason against former ambassador Hussain Haqqani over the Memogate scandal under the current circumstances, The Express Tribune has learnt.

According to the constitution, only the federal government or its nominee can be a complainant in a case filed under Article 6 [which deals with high treason], says Judicial Activism Panel’s Muhammad Azhar Siddique who recently filed a petition in the Lahore High Court against Ambassador-designate Sherry Rehman’s appointment. “Thus, the FIA has no authority or jurisdiction to investigate the matter until the federal government gives it the go-ahead.”

Legal expert Muhammad Azhar Chaudhry also points out that the available evidence “is not strong enough” to prosecute Haqqani or anyone else in the Memogate scandal. “The evidence currently provided in the scandal does not fulfil the criteria laid down under Article 15 of the Evidence Act of 1984 and is thus not permissible in court. [Pakistani-American businessman] Masoor Ijaz is not a representative of Pakistan neither is he authorised by the foreign ministry or the Pakistani embassy in the US.”

So far, says Chaudhry, the only evidence available is the BlackBerry Messenger conversation that discusses the memo but does not have actual portions of the alleged letter Ijaz sent to US Admiral Mike Mullen. Other than that, Ijaz has himself admitted that he is the initiator and originator of the draft and prepared the memo. “This is not legal evidence under US or Pakistani laws,” Chaudhry says, adding that there is insufficient evidence to suggest Haqqani’s involvement in the preparation or drafting of the alleged memo. “The BBM conversation does not prove that Haqqani wrote, prepared or dictated the contents of the memo. It appears the motive of publicising the messages was only to create a controversy against Haqqani.”

According to Chaudhry, if the memo’s authenticity is proven, Ijaz will be the first one to be prosecuted. “The burden lies squarely on Ijaz and no one else. He will be prosecuted under Article 6 for composing the memo.”

In that case, Ijaz will then have to provide admissible evidence that directly or indirectly links Haqqani to the memo, Chaudhry said.

He added that once such evidence appears and the government directs the FIA to probe into the matter, then the FIA’s special investigation unit (SIU) can launch an inquiry. “A case might then be registered in the SIU Islamabad police station under Article 6.”