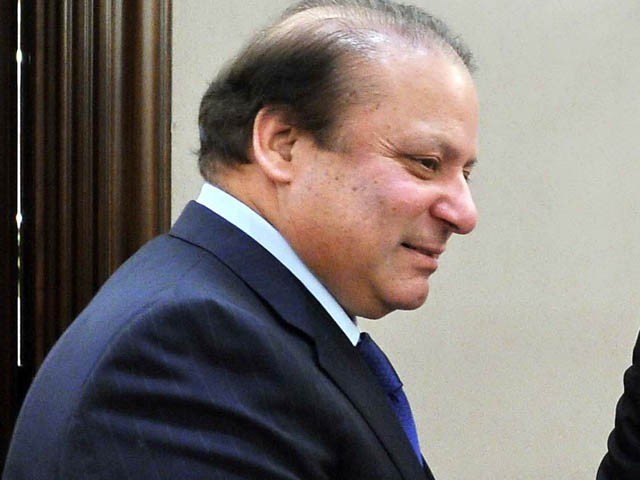 Sharif wants court to investigate claimes that the govt sought US support to take action against Pakistan army. PHOTO: PPI/FILE

ISLAMABAD: The Pakistan Muslim League-Nawaz (PML-N) filed a petition in the Supreme Court on Wednesday, seeking a probe into the memogate scandal.

The petition was filed by Advocate Arshad Jadoon on behalf of PML-N Chief Nawaz Sharif.

The Chief of Army Staff General Asfhaq Pervez Kayani, Director General ISI General Shuja Pasha, former Ambassador to the US Husain Haqqani, Mansoor Ijaz, the foreign secretary and the federation have been made parties to the case in the petition.

Addressing over 20,000 at a rally in the Dhobi Ghat Ground of Faisalabad on Sunday, PML-N leader Mian Nawaz Sharif had demanded earlier this week that an independent inquiry commission be formed “within a day or two” to investigate claims that the government sought US support to take action against its own military and intelligence services.

Failing this, the party will converge “from all provinces” in Islamabad where a petition would be filed with the Supreme Court, Sharif warned.

“If there is not an impartial inquiry into this event with the satisfaction of the people of this country, we will definitely take it up in the Supreme Court,” Sharif said.

One clear message that emerged from the otherwise chaotic rally was that the party would focus on memogate to bring the government to its knees.

During the National Assembly session this week, Opposition leader Chaudhry Nisar Khan said the government must explain what was secretively going on between the civilian and military authorities since Pakistani-American Mansoor Ijaz published an article in the Financial Times claiming that President Asif Ali Zardari had offered to replace Pakistan’s military and intelligence leadership.

The memogate scandal began when Admiral Mike Mullen confirmed the existence of a controversial memo, allegedly sent by President Zardari via a trusted source. Former ambassador to the US Husain Haqqani resigned after being involved in the controversy.

“The opposition will try to take advantage of this and definitely try to push for an early election and put pressure on the government,” he added.