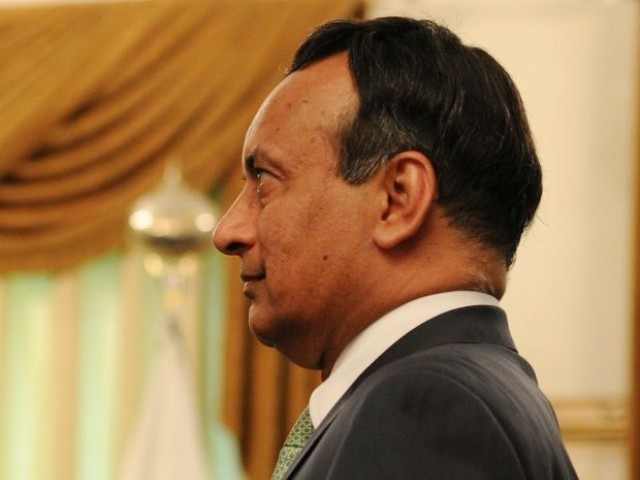 Haqqani to be rushed to presidency upon arrival. PHOTO: AFP/ FILE

A writ petition was filed in the Lahore High Court seeking directions to the federal government to place Ambassador Hussain Haqqani’s name on the Exist Control List (ECL).

The petition also asks that high treason proceedings be initiated against Pakistan’s ambassador to the US for violating the Constitution.

The petition says that Haqqani’s derogatory letter – that he sent through a US-based businessman Mansoor Ijaz – to former US military chief, Mike Mullen had tarnished the image of both Pakistan and its armed forces. It described the letter as an attempt to hand over Pakistan’s sovereignty to America.

The petitioner pleaded that Haqqani, who holds dual nationality – of Pakistan and USA – was appointed ambassador to Sri Lanka against merit during Nawaz Sharif’s tenure as prime minister. But Haqqani then changed his loyalties and became a member of PPP, said the petitioner. He was made Pakistan’s ambassador to the USA in violation of merit again, the petitioner submitted. The petitioner requested that a lie detector test be used to determine whether Haqqani is telling the truth.

In the same petition, Rajpoot requested the court to direct all respondents to declare their assets, held in Pakistan and abroad, along with affidavits. He further prayed the court to initiate proceedings against them.