The govern­ment has droppe­d an idea to enact a law to protec­t legisl­ators holdin­g fake degree­s after one of its allied...
By Zia Khan
Published: July 22, 2010
Tweet Email 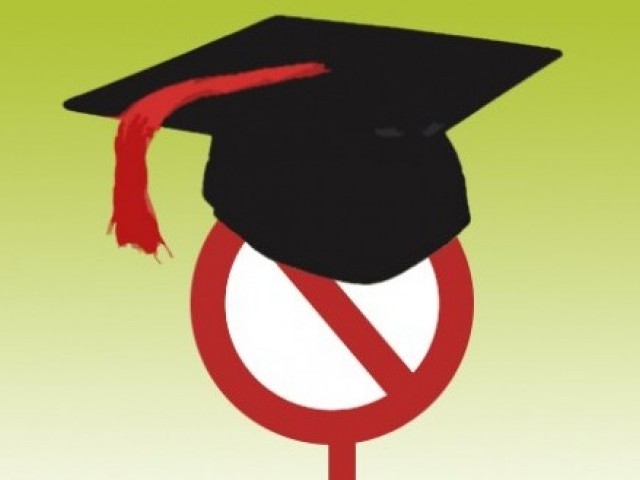 Strong opposition by MQM, PML-N and from inside PPP ranks against protection of fake degree holders.

ISLAMABAD: The government has dropped an idea to enact a law to protect legislators holding fake degrees after one of its allied groups and a main opposition party refused to support it outright.

Officials told The Express Tribune on Wednesday that both the Muttahida Qaumi Movement (MQM) and Pakistan Muslim League-Nawaz (PML-N) had declined a request by the government to back the proposed bill in the Parliament.

In fact, even some veteran leaders of the ruling Pakistan Peoples Party (PPP) were not in favour of such legislation, which, they believed, could prove to have the same sort of backlash as the now-abolished National Reconciliation Ordinance.

They argued, an insider said, any such adventurism would invite not only legal challenges in the Supreme Court but also a barrage of criticism by the opposition groups and media.

Officials said Prime Minister Yousaf Raza Gilani has now ordered the law ministry to stop working on the draft of the bill.

The draft was being finalised under the supervision of Law Minister Dr Babar Awan and, according to earlier plans, was to be introduced to the National Assembly in the coming session. Known as the “Babar Formula” among official circles, the bill was designed to give fake degree holding legislators legal cover by enacting laws with retrospective effect (i.e. from 2002). Degree holding is no longer a requirement for candidates to participate in the elections, but was back in 2008 when the last general elections were held.

Two days ago, Awan tried to hint, during a media interview, that the government had mustered support from all parliamentary groups, or at least from their individuals, for the bill. This claim was, however, rejected by almost all parties in the parliament a day later.

According to various estimates, more than 150 legislators contested elections on fake degrees, and may be forced to resign in a move that can trigger a huge political vacuum.

The Higher Education Commission (HEC) is in the process of verifying the educational degrees of all legislators and reports suggested more than 50 of them had already been proven to be bogus. The process was initiated on the directives of the Supreme Court.

The government initially tried to resist calls for the resignation of fake degree holders, but the stigma attached to the issue seems to have forced them into supporting such a move.

Just a few months ago, the ruling party awarded a ticket to Jamshed Dasti once again after the parliamentarian had to resign from his National Assembly seat after his seminary degree was proven to be bogus.