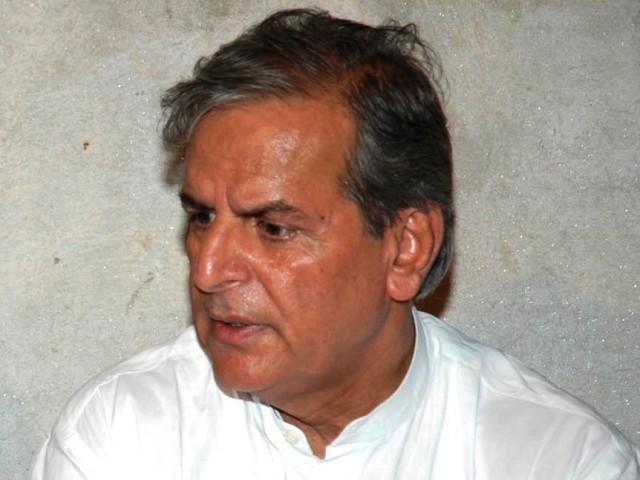 Speaking during a press conference in Multan, Hashmi said that it could be the biggest blow to democracy in Pakistan if the memo is proven to be real.

Hashmi said that Zardari and Gilani were using Husain Haqqani as a scapegoat and that they should avoid doing so.

Hashmi said that the government had made a mockery of commissions. He added that the nation should be taken into confidence over the memo and everything should be shared with them.

“If the memo is proven to be false, they will be heroes of the nation,” said Hashmi.

The PML-N leader said the rulers should “accept their blunder or some other power will force them to accept it.”

“I respect Qureshi. I also respect Imran Khan, but Qureshi should join PML-N,” he said.

Hashmi said he had nominated his son-in-law for NA-148, the seat which fell vacant after Qureshi resigned.